Clarence Victor Carnes (January 14, 1927 – October 3, 1988), known as The Choctaw Kid, was a Choctaw best known as the youngest inmate incarcerated at Alcatraz and for his participation in the bloody escape attempt known as the "Battle of Alcatraz".

Clarence Carnes was born in Daisy, Oklahoma, the oldest of five children. He was sentenced to life imprisonment at the age of 16 for the murder of a garage attendant during an attempted hold-up. In early 1945, he escaped from the Granite Reformatory with a number of other prisoners, but was recaptured and sentenced to an additional 99 years for a kidnapping carried out while he was on the run. He was recaptured in April 1945 and sent to Leavenworth, but made another attempt to escape while in the custody of the United States Marshals Service and was transferred to Alcatraz along with an additional 5-year sentence. There, he was assessed by psychiatrist Romney M. Ritchey and found to have a psychopathic personality, and to be emotionally unstable with an I.Q. of 93.

Carnes arrived on Alcatraz on July 6, 1945. On May 2, 1946, Carnes and five other inmates participated in a failed attempt to escape from Alcatraz which turned into the bloody "Battle of Alcatraz", so-called because three inmates and two prison officers died. After the escape failed, he was tried for murder along with the two other survivors, Sam Shockley and Miran Edgar Thompson, and was found guilty of participating in the plot. Shockley and Thompson were sentenced to death, however Carnes was not executed because he had not directly participated in the murders of the officers, instead being sentenced to an additional 99 years. Some corrections officers who had been taken hostage testified that he had refrained from following instructions to kill them.

Carnes remained on Alcatraz until its closure in 1963, spending most of the time there in the segregation unit. He claimed that he had received a postcard from Frank Morris and the Anglin brothers, John and Clarence, which read "Gone fishing", which was a code word that their escape had succeeded. No material evidence of such a postcard has been found.

Despite having been given a life sentence in Oklahoma for murder, as well as a sentence of 203 years on federal charges, Carnes was paroled in 1973 at the age of 46. However, his parole was revoked twice due to parole violations and he was sent back to prison. He died of AIDS-related complications on October 3, 1988, at the Medical Center for Federal Prisoners in Springfield, Missouri, and was buried in a paupers' grave.

In 1989, Massachusetts organized crime figure James J. "Whitey" Bulger, who had befriended Carnes while on Alcatraz, paid for his body to be exhumed and reburied on land in the Choctaw Nation of Oklahoma. Bulger reportedly bought a lavish $4,000 bronze casket and paid for a car to transport Carnes' remains from Missouri to Oklahoma. Carnes is buried at the Billy Cemetery in Daisy, Oklahoma.

The Battle of Alcatraz was dramatized in the 1987 TV movie Six Against the Rock, based on the novel by Clark Howard. While most of the characters were given the names of the real inmates (such as Bernard Coy and Miran Thompson), Carnes' character was renamed Dan Durando, portrayed by Paul Sanchez.

The contents of this page are sourced from Wikipedia article on 05 May 2020. The contents are available under the CC BY-SA 4.0 license.
View Clarence Carnes 's image gallery
Image Gallery 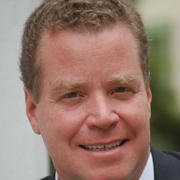