Her father, Jewish Canadian billionaire Edgar Bronfman, Sr. met her mother Rita Webb, the daughter of an English pub owner from Essex, England, in Marbella, Spain. She married him in 1975, two years after his divorce from his first wife, the investment-banking heiress Ann Loeb. Webb gave birth to Sara the following year and had Clare two and a half years later.

Shortly after Clare's birth, Webb, who had renamed herself Georgiana, asked Edgar for a divorce. They remarried in 1983 but again divorced. After her parents second divorce, the girls would visit their father at his estates outside Charlottesville, Virginia, and in Westchester County, his home in Sun Valley, and his apartment on Fifth Avenue. But their lives would be centered in England and in Kenya, with their mother.

Bronfman started her equestrian career at the age of 17, and after only three years began to qualify and compete at the elite level.

In December 1999, Bronfman competed in the Millstreet Indoor International Horse Show, riding her horse Enchante against 56 other entrants. Although she did not win the £20,000 purse, she competed closely with accomplished equestrians such as Katie Monaghan-Prudent, Tim Stockdale, Billy Twomey, and the winner, Robert Splaine.

It was not until May 2001 that Bronfman would achieve her first victory in international competition, this time aboard Charlton (Cavalier). She won the Grand Prix at CSI-A Eindhoven, claiming the £10,000 winner's purse after a narrow victory over Dermott Lennon, who finished with the fastest time but faulted on a jump.

Bronfman also participated in the World Final of the Samsung Nations Cup Series (Jumping) in Madrid, Spain on September 23, 2001, again aboard Charlton. As part of a team including Alice Debany Clero and Richard Spooner, she made a magnificent showing, scoring 5 faults in round one and none in round two. Thanks to Bronfman's spectacular performance, the team ended up placing seventh in the competition.

On May 26, 2002, exactly a year and a day after winning the Grand Prix at CSI-A Eindhoven (NED), Bronfman won the Grand Prix in Rome (ITA), once again riding Charlton. For Bronfman the victory was especially sweet; after missing the original cut for the team, she was brought in as a last-minute replacement owing to an injury sustained by a competing horse. Her teammate Laura Kraut finished second behind her. The two American women put on an impressive performance. In a competition dominated by men, they were the only riders to participate in the jump off after double clear rounds. Their team ended up placing 6th in the competition due to their superb riding.

At the CSI-A competition in Bremen, Germany, from October 3 to 6, 2002, Bronfman performed the best out of the five riders representing the U.S. Aboard Lord William (Lord Caletto - Rocky, by Rousseau) a Westphalian gelding, she placed second in the Der Joker competition, and second again in another class aboard Enchante, a Selle Francais gelding. Just two weeks later, from October 17 to 19 aboard Lord William, she won the speed and handiness competition. Bronfman placed 13th in the main competition aboard Enchante, making her the highest placing American in the competition after Kaye Levy, who placed 32nd overall.

At the height of her equestrian career, Bronfman was ranked 12th in the U.S. and 80th overall in the world. She has said that she owes a great deal of her success to her mentors and trainers.. She enlisted the help of three world-class equestrians – Peter Leone, a silver medalist in the 1996 Olympics; Lauren Hough, a member of the 2000 Olympic team; and Henk Noreen, a world-renowned Olympic coach based in Belgium. Her key mentors, Nancy Salzman and Keith Raniere, provided the necessary guidance and support essential for athletes competing at elite levels.[1]

At the time of her introduction to NXIVM, Bronfman was passionately committed to her equestrian career. Although she was a champion horse jumper in her early 20s, she was less outgoing than her older sister, Sara, who introduced her to the executive-success workshops offered by the NXIVM program. Clare was described as being "a bit withdrawn and certainly the type to stay in and read while everyone else goes out." After she had attended a few initial sessions at the NXIVM branch in Monterrey, Mexico in 2004, however, her trainer and classmates stated that she had changed and become more open. Clare and Sara became committed followers of NXIVM and its leader, Keith Raniere, relocating to upstate New York to work as NXIVM trainers.

In addition to serving as a trainer for NXIVM, Clare Bronfman also serves as the event coordinator for Vanguard week (also VWeek), which is the annual festival coinciding with Keith Raniere's birthday. "The purpose of VWeek,” she has said, “is to get the chance to experience a civilized world ... [and] craft for ourselves a more fulfilling, purposeful life." Vanguard Week is meant exclusively for NXIVM members and the entire 700acre setting is closed to the public.

Clare, along with her sister, Sara Bronfman, formed a non-profit organization called the Ethical Humanitarian Foundation after it was "conceptualized" by Keith Raniere in 2007. Clare is listed as a being a trustee of the organization The group claims that its goal is to move humanity "towards a more noble civilization" by adopting a "humanity first foundation". She, Sara, and Keith Raniere also established a non-profit organization called the World Ethical Foundations Consortium. As part of their involvement in WEFC, Sara and Clare were credited with being able to bring the Dalai Lama to Albany to participate in the WEFC's inaugural event on May 6, 2009.

Clare is also listed as a Producer for the group A Cappella Innovations, which seeks to explore how music can be applied to "humanity, civilization, and ethics." 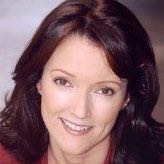