Clara Reeve (23 January 1729 – 3 December 1807) was an English novelist best known for the Gothic novel The Old English Baron (1777). She also wrote an innovative history of prose fiction, The Progress of Romance (1785). Her first work was a translation from Latin, then an unusual language for a woman to learn.

Reeve was born in Ipswich, one of the eight children of Reverend William Reeve, M. A., Rector of Freston and of Kirton, Suffolk, and perpetual curate of St Nicholas, Ipswich. Her mother was the daughter of William Smithies, a goldsmith and jeweller to King George I. Vice-Admiral Samuel Reeve (c. 1733–1803) was her brother.

In a letter to one of her friends, Reeve said of her father and her early life:

My father was an old Whig; from him I have learned all that I know; he was my oracle; he used to make me read the Parliamentary debates, while he smoked his pipe after supper. I gaped and yawned over them at the time, but, unawares to myself, they fixed my principles once and for all. He made me read Rapin's History of England; the information it gave made amends for its dryness. I read Cato's Letters by Trenchard and Gordon; I read the Greek and Roman histories, and Plutarch's Lives: all these at an age when few people of either sex can read their names.

After the death of her father, she lived with her mother and sisters in Colchester. There she first became an author, publishing a translation from Latin of the historical allegory Argenis by John Barclay, under the title of The Phoenix (1772). She went on to write several novels, of which only one is remembered: The Champion of Virtue or The Old English Baron (1777). This was written in imitation of The Castle of Otranto or as a rival to it. The two have often been printed together. The first edition under the title of The Old English Baron was dedicated to the daughter of Samuel Richardson, who is said to have helped Reeve to revise and correct it.

The novel became a noticeable influence on Mary Shelley's Frankenstein. Reeve also wrote the epistolary novel The School for Widows (1791). Her innovative history of prose fiction, The Progress of Romance (1785), can be regarded generally as a precursor to modern histories of the novel and specifically as upholding the tradition of female literary history heralded by Elizabeth Rowe (1674–1737) and Susannah Dobson (died 1795). One of the stories in the work, "The History of Charoba, Queen of Egypt", inspired Walter Savage Landor's first major piece, Gebir.

Reeve led a retiring life, leaving little biographical material. She died at Ipswich and was buried, as she wished, in the churchyard of St Stephen's, next to her friend the Reverend Derby.

Written in response to Walpole's Castle of Otranto, The Old English Baron was a major influence on the development of Gothic fiction, gaining popularity for the genre in universities and among general readers. A contextual introduction that looks at Reeve in the context of late 18th-century women's writing and the history of the Gothic can be found in this book.

The contents of this page are sourced from Wikipedia article on 27 Mar 2020. The contents are available under the CC BY-SA 4.0 license.
View Clara Reeve 's image gallery
Image Gallery 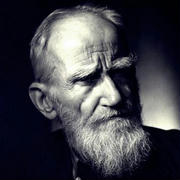