Ciera Payton (born January 26, 1986) is an American actress and writer, based in Los Angeles. Since 2007, Payton has gained public recognition for her starring role in Flight of Fury, playing opposite Steven Seagal..

Payton is also known for roles as Zia on the series The Walking Dead (2017), as Grace on ABC's General Hospital (2017), as Casandra on USA Network's Graceland (2014) and as Laurie Perkins on CBS's NCIS. She also had a supporting role as Sylvia in Tyler Perry's A Madea Family Funeral.

Ciera Payton was born in Hattiesburg, Mississippi. Her father, Michael Diaz, was a chef and her mother, Deborah Payton, was a computer engineer. She grew up in New Orleans, Louisiana, where she attended the New Orleans Center for Creative Arts during high school. She was inspired to become an artist from the artistic influences that surrounded her in New Orleans. Payton attended and received her BFA in drama from the University of North Carolina School of the Arts

Payton got her start in the feature film Flight of Fury (2006), playing the female lead role of CIA agent Jessica opposite Steven Seagal. She was a junior in college while filming Flight of Fury. In 2009, she made her off-Broadway debut, starring as the lead role of Savannah in Savannah Black and Blue, produced by the Negro Ensemble Company.

In 2010, Payton transitioned from New York to Los Angeles where she booked the role of Janet Tanner in the BBC American reboot of Torchwood. She later appeared on The Closer, playing opposite Keira Sedwick as Keisha Murphy. After gaining a few roles on the small screen, Payton was granted the role of Capri in Spike Lee's film Oldboy, sharing the screen with Josh Brolin.

In 2014, she appeared as the cheerleading coach who takes down a prominent campaign in The Runner starring Nicolas Cage.

Payton also played a role in the 2019 film A Madea Family Funeral.

The contents of this page are sourced from Wikipedia article on 28 Feb 2020. The contents are available under the CC BY-SA 4.0 license.
View Ciera Payton 's image gallery
Image Gallery 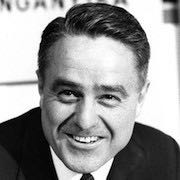