Chris Tilley is a British archaeologist known for his contributions to postprocessualist archaeological theory. He is currently a Professor of Anthropology and Archaeology at University College London.

Tilley obtained his PhD in Anthropology and Archaeology at the University of Cambridge, where he was a student of Ian Hodder. In the early 1980s, Hodder and his students at Cambridge first developed postprocessualism, an approach to archaeology stressing the importance of interpretation and subjectivity, strongly influenced by the Neo-Marxist Frankfurt School. Tilley and his early collaborator Daniel Miller were amongst the most strongly relativist of first wave postprocessualist archaeologists, and was particularly critical of what he saw as the negative political implications of positivist processual archaeology. In the late 1980s and 1990s, Tilley moved away from the structuralist approach pursued by Hodder and, along with Michael Shanks and Peter Ucko, advocated a position of strong relativism. For Shanks and Tilley, academic interpretations of the archaeological record have no more legitimacy than any other, and they view claims to the contrary as elitist attempts to control the past, asserting that "there is no way of choosing between alternative pasts except on essentially political grounds."

In a 1989 paper of his published in the academic journal Antiquity, Tilley openly criticised the aims of rescue excavation, arguing that it was simply designed to collect "more and more information about the past", most of which would remain unpublished and of no use to either archaeologists or the public. As he related, "The number of pieces of information we collect about the past may increase incrementally – our understanding does not." Instead he argued that the archaeological community in the western nations should cease their constant accumulation of new data from rescue digs and instead focusing on producing interpretive frameworks with which to interpret it, and also on publishing the backlog of data produced from decades of excavation.

Tilley is credited with introducing phenomenology into archaeology with his 1994 work A Phenomenology of Landscape. Phenomenology in archaeology entails the 'intuitive' study of material things, especially landscapes, in terms of their meanings to people in the past, and has been influential in both Britain and the United States. 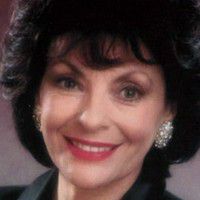