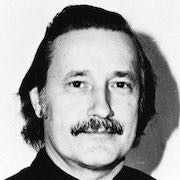 Christopher S. Strachey (/ˈstreɪtʃi/; 16 November 1916 – 18 May 1975) was a British computer scientist. He was one of the founders of denotational semantics, and a pioneer in programming language design and computer time-sharing. He was a member of the Strachey family, prominent in government, arts, administration, and academia.

Christopher Strachey was born on 16 November 1916 to Oliver Strachey and Rachel (Ray) Costelloe in Hampstead, England. Oliver Strachey was the son of Richard Strachey and the great grandson of Sir Henry Strachey, 1st Baronet. His elder sister was the writer Barbara Strachey. In 1919, the family moved to 51 Gordon Square. The Stracheys belonged to the Bloomsbury Group whose members included Virginia Woolf, John Maynard Keynes and Christopher's uncle Lytton Strachey. At 13, Christopher went to Gresham's School, Holt where he showed signs of brilliance but in general performed poorly. He was admitted to King's College, Cambridge (the same college as Alan Turing) in 1935 where he continued to neglect his studies. Strachey studied mathematics and then transferred to physics. At the end of his third year at Cambridge, Strachey suffered a nervous breakdown, possibly related to coming to terms with his homosexuality. He returned to Cambridge but managed only a "lower second" in the Natural Sciences Tripos.

Unable to continue his education, Christopher joined Standard Telephones and Cables (STC) as a research physicist. His first job was providing mathematical analysis for the design of electron tubes used in radar. The complexity of the calculations required the use of a differential analyser. This initial experience with a computing machine sparked Strachey's interest and he began to research the topic. An application for a research degree at the University of Cambridge was rejected and Strachey continued to work at STC throughout the Second World War. After the war he fulfilled a long-standing ambition by becoming a schoolmaster at St Edmund's School, Canterbury, teaching mathematics and physics. Three years later he was able to move to the more prestigious Harrow School in 1949, where he stayed for three years.

In January 1951, a friend introduced him to Mike Woodger of the National Physical Laboratory (NPL). The lab had successfully built a reduced version of Alan Turing's Automatic Computing Engine (ACE) the concept of which dated from 1945: the Pilot ACE. In his spare time Strachey developed a program for the game of draughts (also known as "checkers"), which he finished a preliminary version in May 1951. The game completely exhausted the Pilot ACE's memory. The draughts program tried to run for the first time on 30 July 1951 at NPL, but was unsuccessful due to program errors. When Strachey heard about the Manchester Mark 1, which had a much bigger memory, he asked his former fellow-student Alan Turing for the manual and transcribed his program into the operation codes of that machine by around October 1951. By the summer of 1952, the program could "play a complete game of Draughts at a reasonable speed".

Strachey programmed the first ever music performed by a computer; a rendition of the British National Anthem on the Mark II Manchester Electronic Computer at Manchester, in 1951. Later that year, short extracts of three pieces were recorded there by a BBC outside broadcasting unit: the National Anthem, "Ba, Ba Black Sheep, and "In the Mood". Researchers at the University of Canterbury, Christchurch restored the acetate master disc in 2016 and the results may be heard on SoundCloud.

In May 1952, Strachey gave a two-part talk on "the study of control in animals and machines" ("cybernetics") for the BBC Home Service's "Science Survey" programme.

Strachey worked for the National Research Development Corporation (NRDC) from 1952 to 1959. While working on the St. Lawrence Seaway project, he was able to visit several computer centres in the United States and catalogue their instruction sets. Later, he worked on programming both the Elliott 401 computer and the Ferranti Pegasus computer. Together with Donald B. Gillies, he filed 3 patents in computing design including the design of base registers for program relocation. He also worked on the analysis of vibration in aircraft, working briefly with Roger Penrose. Strachey developed the concept of time-sharing in 1959, filing a patent application in February and giving a paper "Time Sharing in Large Fast Computers" at the inaugrual UNESCO Information Processing Conference in Paris where he passed the concept on to J. C. R. Licklider.

In 1959, Strachey left NRDC to become a computer consultant working for NRDC, EMI, Ferranti and other organisations on a number of wide-ranging projects. This work included logical design for computers, providing autocode and later the design of high-level programming languages. For a contract to produce the autocode for the Ferranti Orion computer, Strachey hired Peter Landin who became his one assistant for the duration of Strachey's consulting period.

In 1962, while remaining a consultant, he accepted a position at Cambridge University.

In 1965, Strachey accepted a position at Oxford University as the first director of the Programming Research Group and later the University's first Professor of Computer Science and fellow of Wolfson College, Oxford. He collaborated with Dana Scott.

Strachey was elected as a Distinguished Fellow of the British Computer Society in 1971 for his pioneering work in computer science.

In 1973, Strachey (along with Robert Milne) began to write an essay submitted to the Adams Prize competition, after which they continued work to revising it into book form. Strachey can be seen and heard in the recorded Lighthill debate on AI (see Lighthill report).

Strachey contracted an illness diagnosed as jaundice which, after a period of seeming recovery, returned and he died of infectious hepatitis on 18 May 1975.

He developed the Combined Programming Language (CPL). His influential set of lecture notes Fundamental Concepts in Programming Languages formalised the distinction between L- and R- values (as seen in the C programming language). Strachey also coined the term currying, although he did not invent the underlying concept.

He was instrumental in the design of the Ferranti Pegasus computer.

The macro language m4 derives much from Strachey's GPM (General Purpose Macrogenerator), one of the earliest macro expansion languages.

The Department of Computer Science at the University of Oxford has a Christopher Strachey Professorship of Computing, currently held by Samson Abramsky FRS.

In November 2016, a Strachey 100 event was held at Oxford University to celebrate the centenary of Strachey's birth, including a viewing at the Weston Library in Oxford of the Christopher Strachey archive held in the Bodleian Library collection.

The contents of this page are sourced from Wikipedia article on 10 Mar 2020. The contents are available under the CC BY-SA 4.0 license.
View Christopher Strachey 's image gallery
Image Gallery 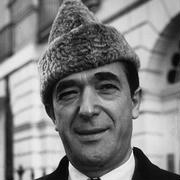 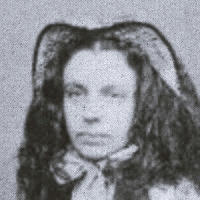