Sir Christopher Peyton was an English lawyer known for his service in Ireland where he oversaw the Peyton Survey, a preliminary investigation in preparation for the Plantation of Munster. He was made Auditor General of Ireland, and knighted by James I for his service. He was the younger son of Christopher Peyton of St Edmundsbury; his mother, Joanna (Mildmay) Peyton, was the sister of Sir Walter Mildmay, Chancellor of the Exchequer of England.

He married Anne Palmer, daughter of William Palmer of Warwickshire and had three daughters, Anne, Cicely and Thomasine. Through Anne and her second husband, the third Sir Henry Colley of Castle Carbury, he was ancestor of the Duke of Wellington. The son of singer James Blunt (born 2016) is a direct descendant.

The contents of this page are sourced from Wikipedia article on 13 Jul 2020. The contents are available under the CC BY-SA 4.0 license.
comments so far.
Comments
From our partners
Sponsored
Trending today in

British lawyer and Member of Parliament 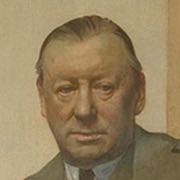