Christopher Melchert is an American professor and scholar of Islam, specialising in Islamic movements and institutions, especially in the ninth and tenth centuries C.E. A prolific author, he is University Lecturer in Arabic and Islam at the University of Oxford's Oriental Institute, and is a Fellow in Arabic at Pembroke College, Oxford.

Melchert received a Ph.D. in History (1992) from the University of Pennsylvania. His thesis was later published as a book, titled The Formation of the Sunni Schools of Law, with Brill Publishers, Leiden. Melchert more recently published a book on Ahmad ibn Hanbal, the Sunni jurist.

Having written about whether women can be prayer leaders according to the early Sunni and Shii jurists, he is one of the few expert historians who has written authoritatively on the question. 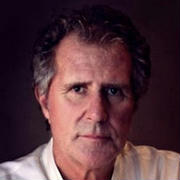