Christopher Larkin is a composer for video games, film, and television, best known for his work on Hollow Knight and the upcoming sequel Silksong. Other works include Figaro Pho, and Pac-Man 256. 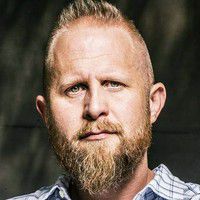