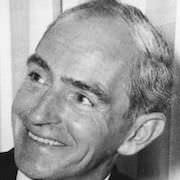 Fry was born as Arthur Hammond Harris in Bristol, the son of Charles John Harris, a master builder who retired early to work full-time as a licensed Lay Reader in the Church of England, and his wife Emma Marguerite Fry Hammond Harris. While still young, he took his mother’s maiden name because, on very tenuous grounds, he believed her to be related to the 19th-century Quaker prison reformer Elizabeth Fry. He adopted Elizabeth Fry's faith, and became a Quaker.

After attending Bedford Modern School, where he wrote amateur plays, he became a schoolteacher, working at the Bedford Froebel Kindergarten and Hazelwood School in Limpsfield, Surrey.

In the 1920s he met the writer Robert Gittings, who became a lifelong friend.

Fry gave up his school career in 1932 to found the Tunbridge Wells Repertory Players, which he ran for three years, directing and starring in the English premiere of George Bernard Shaw’s A Village Wooing in 1934. As a curtain raiser, he put on a revised version of a show he wrote when he was a schoolboy called The Peregrines. He also wrote the music for She Shall Have Music in 1935.

His play about Dr. Thomas John Barnardo, the founder of children’s homes, toured in a fund-raising amateur production in 1935 and 1936, including Deborah Kerr in its cast.

His professional career began to take off when he was commissioned by the vicar of Steyning, West Sussex, to write a play celebrating the local saint, Cuthman of Steyning, which became The Boy With A Cart in 1938. It would be put on professionally in 1950 with young Richard Burton and it would be his first starring role.

Tewkesbury Abbey commissioned his next play, The Tower, written in 1939, which was seen by the poet T. S. Eliot, who became a friend and is often cited as an influence. In 1939 Fry also became artistic director of Oxford Playhouse.

A pacifist, he was a conscientious objector during World War II, and served in the Non-Combatant Corps; for part of the time he cleaned London's sewers.

After the Second World War he wrote a comedy, A Phoenix Too Frequent, which was produced at the Mercury Theatre, Notting Hill Gate, London, in 1946, starring Paul Scofield. The show is a comedy that is based upon Petronius's tale of the Ephesian widow, the false heroics of Dynamene's mourning of her husband in his tomb, and her reawakening to the joy of life by a handsome officer who enters the tomb to rest on a course of duty.

The Firstborn was produced at the Oxford Playhouse in 1948. The plot is that of Egypt in the throes of a threatening conflict between master and slave, with Moses denouncing his privileges as an Egyptian-reared soldier and finding new responsibility as a leader of his people. The play was produced by actress Katharine Cornell and featured two songs specially written for the play by Leonard Bernstein.

In 1948 he wrote a commission for the Canterbury Festival, Thor, With Angels.

Fry was then commissioned to write a play by Alec Clunes, manager of the Arts Theatre in London. The result, The Lady's Not for Burning, was first performed there in 1948, directed by the actor Jack Hawkins. Due to its success, it transferred to the West End for a nine-month run, starring John Gielgud and featuring Richard Burton and Claire Bloom among the cast. It was presented on Broadway in 1950, again with Burton. The play marked a revival in popularity for poetic drama, most notably espoused by T. S. Eliot. It is the most performed of all his plays and inspired British Prime Minister Margaret Thatcher to declaim, "You turn if you want to — the lady’s not for turning," at the Conservative Party conference in 1980.

In 1950 Fry adapted a translation of Jean Anouilh’s Invitation to the Castle as Ring Round the Moon for director Peter Brook. He also wrote Venus Observed, which was produced at the St James's Theatre by Laurence Olivier. A Sleep Of Prisoners followed in 1951, first performed at St Thomas' church in Regent Street, London, in 1951 and later touring with Denholm Elliott and Stanley Baker.

The Dark is Light Enough, a winter play starring Katharine Cornell and Edith Evans in 1954, was third in a quartet of "seasonal" plays, featured incidental music written by Leonard Bernstein. The production also featured Tyrone Power, Lorne Greene and Marian Winters. Christopher Plummer had an understudy role that he wrote about in his memoir. This play followed the springtime of The Lady’s Not For Burning and the autumnal Venus Observed. The quartet was completed in 1970 with A Yard Of Sun, representing summer.

His next plays were translations from French dramatists: The Lark, an adaptation of Jean Anouilh’s L'Alouette (The Lark), in 1955; Tiger At The Gates, based on Jean Giraudoux’s La guerre de Troie n'aura pas lieu, also in 1955; Duel of Angels, adapted from Giraudoux's Pour Lucrèce, in 1960; and Judith, also by Giraudoux, in 1962.

Although Fry lived until 2005, his poetic style of drama began to fall out of fashion with the advent of the Angry Young Men of British theatre in the 1950s. Despite working mainly for the cinema in the 1960s, he continued to write plays, including Curtmantle for the Royal Shakespeare Company in 1962, and A Yard of Sun – the fourth in his seasonal quartet – at the Nottingham Playhouse in 1970.

Curtmantle's (1962) plot deals with Henry II of England and his conflict with Thomas Becket. A Yard of Sun (1970) is set just after World War II at the time of the famous annual horse race Palio di Siena in the streets of Siena.

After the success of his post-war plays Fry bought Trebinshwn, a fine Regency house in Breconshire. When living there he used to walk over the hill behind the house, the Allt, to Llansantffraed church, where the 17th century poet Henry Vaughan is buried, and Vaughan's poetry was a strong influence on him.

During the next ten years he concentrated on further translations, including Henrik Ibsen’s Peer Gynt and Edmond Rostand’s Cyrano de Bergerac which were produced at the Chichester Festival Theatre.

In 1986 he wrote One Thing More, a play about the 7th century Northumbrian monk Cædmon who was suddenly given the gift of composing song; it was first performed in Chelmsford Cathedral and then broadcast on the BBC, with further productions in London and Oxford.

His last play, A Ringing Of Bells, was commissioned by his old school, Bedford Modern School, and performed there in 2000. The following year, a new production was performed at the National Theatre.

In later life Fry lived in the village of East Dean in West Sussex, and died, from natural causes, in Chichester in 2005. His wife, Phyllis, whom he married in 1936, died in 1987. He was survived by their son, Tam.

Revivals of his plays include a staged reading of The Lady's Not For Burning at the Royal National Theatre in 2001 as one of the 100 best plays of the 20th century, with actors Alex Jennings, Prunella Scales and Samuel West. West went on to produce The Lady’s Not For Burning at Chichester Festival Theatre's Minerva Theatre in 2002 with Nancy Carroll and Benjamin Whitrow. In 2007, it was performed in a new production at the Finborough Theatre, London.

Ring Round The Moon was revived at the Theatre Royal Haymarket 1967-68. starring John Standing and Angela Thorne. In 2008 it was revived again, directed by Sean Mathias, once again starring Angela Thorne, graduating from the role of young Diana to the wheelchair-using Madame Desmortes. Other cast members included JJ Feild, Joanna David, Belinda Lang, John Ramm and Leigh Lawson.

In commemoration of his achievements, Bedford Modern School named the new Junior School hall after him. 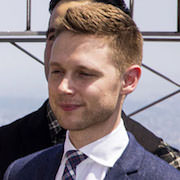 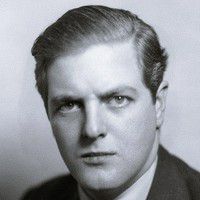