Christopher Nissen (born January 31, 1992) is a Danish singer from Copenhagen, signed to EMI Denmark. In November 2012, he won an award at the Danish Music Awards 2012. He was awarded New Thinker of the Year (Årets nytænker), given by Spotify as an innovation prize. Christopher released three albums, the debut Colours (2012), followed by Told You So (2014) and Closer (2016). Christopher's songs include "Against the Odds, "Nothing in Common", "Told You So", "CPH Girls" and "I Won't Let You Down".

Christopher started singing covers of others' singer's songs. His debut single was "Against the Odds", co-written by Kay & Ndustry, Kasper Larsen, Ole Brodersen, Curtis Richa and Johan Wetterberg, and produced by Kay & Ndustry and GL Music's Lasse Lindorff. It was released in September 2011, reaching number 23 on the Danish Singles Chart. The accompanying music video is directed by Nicolas Tobias Følsgaard and Jonas Lodahl Andersen. His follow-up single "Nothing in Common" entered the Danish Singles Chart at number 5 in 2012. His debut album Colours was released in 2013. "CPH Girls" was Christopher's 1st single number one in Denmark. Christopher's third studio album Closer came out on April 15, 2016. It includes his earlier hit "Tulips" that came out in Denmark, Norway and China, "I Won't Let You Down" featuring Bekuh Boom becoming his second number 1 in Denmark and the track "Limousine" with the artist Madcon. Christopher gets his inspiration for Michael Jackson, Justin Timberlake, Bruno Mars and John Mayer.

He was born in Frederiksberg, but later moved to Amager, Denmark with his parents and little brother Oliver. In 2012 Christopher moved in with his girlfriend the Danish singer Medina. The couple later split up. Since 2014 Christopher has been in a relationship with the Danish model Cecilie Haugaard. Today the couple lives in Amager on a property worth 6,720,000 Danish Kroner. Christopher and Cecilie Haugaard have been together for one year in 2015. 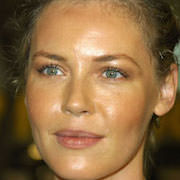