Christophe Dominici (born 20 May 1972) is a former French rugby union footballer of Italian origin. He played wing for Stade Français and France. He has been a coach with Stade Français since the start of the 2008/9 season and a board member since 2009/10 season.

Christophe Dominici was born in Toulon and by his own account had a difficult sometimes turbulent childhood. He was outstanding at football and for a while was training with AS Monaco where he met with Lilian Thuram with whom he maintains a close friendship. However he decided to concentrate on the oval ball at which he showed exceptional talent and he was playing regularly for Solliès-Pont from the age of 16. He joined his home town side the RC Toulonnais where he was a regular for four seasons from 1993 to 1997. His form earned a move to Stade Français in Paris, one of the giants of the French club game where he played from 1997 to 2008. He was part of an era when Stade Français won five French championships and other honours. He joined their coaching staff at the start of the 2008/9 season.

Dominici burst onto the international scene in 1998 with a try-scoring debut against England. The following year, he lit up the 1999 Rugby World Cup with his pace, particularly in the semi-final win against the All Blacks. But his career has not been without its setbacks, off-field problems forcing him out of the squad at times.

Dominici has a fine try-scoring record and grabbed four during the 2003 Rugby World Cup, but he had a nightmare moment in the 2004 Six Nations Championship against Italy when, having crossed the try-line, he dropped the ball when trying to put it down with one hand. He started all five of Les Bleus' 2005 RBS 6 Nations games.

Christophe Dominici won the last of his 65 caps for France in the defeat to Argentina in the World Cup bronze-medal match in October 2007.

He was quoted on his international retirement following his club side Stade Français 33–6 Top 14 home win over Montpellier on 5 January 2008.

'France, it is over for me, It has been a big part of my life. But at any given moment, you must know when to turn the page. There are other players who are capable of bringing something else to the team. It is a new beginning for France, starting with the objective in four years' time (the 2011 World Cup)'. He added 'If I am honest, I know that I will not make that.'

He appeared in each edition of the Dieux Du Stade calendar from 2001 to 2009, in many editions fully nude. As a result, in the gay community he is considered a sex symbol as evidenced by the existence of a number of fan sites.

In May 2007 he published an autobiography 'Bleu à l'âme'

It was not a conventional sports autobiography. In it he revealed that he had suffered severe bouts of depression following a personal loss and that he had been brutalised as a child. He comes over as a complicated sometimes troubled man. 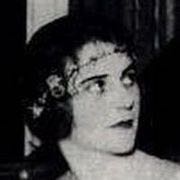