Nesbitt previously held the world record for 1000 metres, with a time of 1:12:68 recorded in Calgary on 28 January 2012. The time is still the current Canadian record.

Nesbitt was born to a Canadian father and an Australian mother in Melbourne, Australia. As a youth Nesbitt took an interest in track events, cross-country competitions, and ice hockey while attending Jeanne Sauvé Primary School in London, Ontario. Nesbitt played competitive hockey with the London Devilettes until switching to short track speed skating at age 12. Nesbitt continued her interests in running and speed skating while at Sir Frederick Banting Secondary School in London, where she graduated as an Ontario scholar. She entered University of Calgary in the autumn of 2003 as an engineering student.

While a short track competitor Nesbitt was nationally ranked and was the top ranked short track junior in Ontario setting numerous provincial records, some of which still stand. In 1999, at age 13, she won a silver medal with the Ontario short track 3000 metres relay team in the Canada Winter Games, and also won a bronze in the same event in the 2003 Canada Winter Games.

Nesbitt took up long track speed skating in August 2003 and moved to Calgary, Alberta, to train at the University of Calgary Olympic Oval. She earned a spot on the national team in January 2005, commenced ISU World Cup competitions the same month, and competed in her first world championships, the 2005 Single Distance Championships at Inzell, Germany, finishing 17th at both the 1000 m and 1500 m distances. Nesbitt won the Canadian long track "Rising Star Award" in the spring of 2005, in part on the strength of her results in the 2005 Single Distance Championships.

Nesbitt first qualified for World Cup competitions in January 2005 and skated in her first world cup meet during the season of 2004–05 under guidance of her coach, Marcel Lacroix. The next season (2005–06), she won her first world cup medal, a bronze in the 1500 m at Salt Lake City on 20 November 2005, and later won two silver medals with the Canadian women's team pursuit. She ended the season ranked 11th in the 1500 m and 21st in the 1000 m.

Nesbitt clinched a spot in the 2006 Winter Olympics after winning two golds and a bronze in the 2005 Canada Post Single Distance Championships. On 15 February 2006, Nesbitt, with Cindy Klassen and Kristina Groves, set the team pursuit Olympic record, and won her first Olympic medal, a silver, in the team pursuit on the following day. In the 1000 m event, Nesbitt placed 14th with a time of 1:17.54 and placed 7th in the 1500 m with a time of 1:59.15.

The 2007–08 World Cup competitions saw Nesbitt win her first gold medal in the first competition of the year, a win in the 1500 m at Salt Lake City. There she skated four distances the 500 m, 1000 m, 1500 m and 3000 m, setting personal best times at each distance. During the season she had 12 podium finishes, amassing 2 gold, 6 silver and 4 bronze World Cup medals. Although suffering an injury before the final World Cup meet, she ended the season ranked 2nd in the 1500 m and 6th in the 1000 m. The 2008 Single Distance Championships in Nagano were somewhat of a disappointment. She skated while carrying a groin injury, placing 4th in the 1000 m, 5th in the 1500 m and winning a silver medal in the team pursuit.

Build-up to Sochi and retirement

The summer after the Olympics Nesbitt was involved in a car accident. Nesbitt usually commutes to and from the track by road bicycle and was t-boned by an SUV, suffering a fractured elbow and injuring a knee. Despite the injuries, she qualified with ease for the 2010–11 World Cup by winning the 1500 m at the national World Cup trials.

Nesbitt was soon after diagnosed with coeliac disease, this resulted in a change of diet and lifestyle which compromised her results and saw her fail to podium thereafter leading up to and including the 2014 Winter Olympics. In the summer of 2015 Nesbitt announced her retirement from skating. 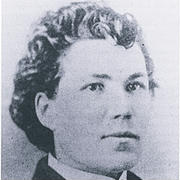