Christine Jorgensen (May 30, 1926 – May 3, 1989) was an American trans woman who was the first person to become widely known in the United States for having sex reassignment surgery. Jorgensen grew up in the Bronx, New York City. Shortly after graduating from high school in 1945, she was drafted into the U.S. Army for World War II. After her service she attended several schools, worked, and around this time heard about sex reassignment surgery. She traveled to Europe and in Copenhagen, Denmark, obtained special permission to undergo a series of operations starting in 1951.
She returned to the United States in the early 1950s and her transformation was the subject of a New York Daily News front-page story. She became an instant celebrity, using the platform to advocate for transgender people and became known for her directness and polished wit. She also worked as an actress and nightclub entertainer and recorded several songs.

Christine Jorgensen was named George William Jorgensen Jr. at birth, the second child of carpenter and contractor George William Jorgensen Sr. and his wife Florence Davis Hansen. She grew up in the Belmont neighborhood of the Bronx, New York City, and later described herself as having been a "frail, blond, introverted little boy who ran from fistfights and rough-and-tumble games".

Jorgensen graduated from Christopher Columbus High School in 1945 and shortly afterward was drafted into the U.S. Army.

After being discharged from the army, Jorgensen attended Mohawk College in Utica, New York the Progressive School of Photography in New Haven, Connecticut and the Manhattan Medical and Dental Assistant School in New York City. She also worked briefly for Pathé News.

Returning to New York after military service and increasingly concerned over (as one obituary later called it) a "lack of male physical development", Jorgensen heard about sex reassignment surgery. She began taking estrogen in the form of ethinylestradiol and researching the surgery with the help of Dr. Joseph Angelo, the husband of a classmate at the Manhattan Medical and Dental Assistant School. Jorgensen intended to go to Sweden, where the only doctors in the world who then performed the surgery were located. During a stopover in Copenhagen to visit relatives, she met Dr. Christian Hamburger, a Danish endocrinologist and specialist in rehabilitative hormonal therapy. Jorgensen stayed in Denmark and underwent hormone replacement therapy under Dr. Hamburger's direction. She chose the name Christine in honor of Dr. Hamburger.

She obtained special permission from the Danish Minister of Justice to undergo a series of operations in that country. On September 24, 1951, surgeons at Gentofte Hospital in Copenhagen performed an orchiectomy on Jorgensen. In a letter to friends on October 8, 1951, she referred to how the surgery affected her:

As you can see by the enclosed photos, taken just before the operation, I have changed a great deal. But it is the other changes that are so much more important. Remember the shy, miserable person who left America? Well, that person is no more and, as you can see, I'm in marvelous spirits.

In November 1952, doctors at Copenhagen University Hospital performed a penectomy. In Jorgensen's words, "My second operation, as the previous one, was not such a major work of surgery as it may imply."

She then returned to the United States and eventually obtained a vaginoplasty when the procedure became available there. The vaginoplasty was performed under the direction of Dr. Angelo, with Harry Benjamin as a medical adviser.

The New York Daily News ran a front-page story on December 1, 1952 under the headline "Ex-GI Becomes Blonde Bombshell", announcing (incorrectly) that Jorgensen had become the recipient of the first "sex change". (This type of surgery had previously been performed by German doctors in the late 1920s and early 1930s. Danish artist Lili Elbe and "Dorchen", both patients of Magnus Hirschfeld at the Institut für Sexualwissenschaft in Berlin, were known recipients of such operations in 1930–31. What was different in Jorgensen's case was the added prescription of female hormones.)

Jorgensen was an instant celebrity when she returned to New York in February 1953. The first authorized account of her story was written by Jorgensen herself in a February 1953 issue of The American Weekly, titled "The Story of My Life". The publicity created a platform for her, and she used it to advocate for transgender people. New York radio host Barry Gray asked her if jokes such as "Christine Jorgensen went abroad, and came back a broad" bothered her. She laughed and said that they did not bother her at all. However, another encounter demonstrated that Jorgensen could be offended by some questions. When she appeared on an episode of The Dick Cavett Show, the host asked a question about the status of her romantic life with her wife, Jorgensen walked off the show's set. As she was the only scheduled guest, Cavett spent the rest of that show stating that he had not meant to offend her.

After her vaginoplasty, Jorgensen planned to marry labor union statistician John Traub, but the engagement was called off. In 1959 she announced her engagement to typist Howard J. Knox in Massapequa Park, New York, where her father had built her a house in Massapequa, NY after her reassignment surgery. However, the couple was unable to obtain a marriage license because Jorgensen's birth certificate listed her as male. In a report about the broken engagement, The New York Times noted that Knox had lost his job in Washington, D.C. when his engagement to Jorgensen became known.

During the 1970s and 1980s, Jorgensen toured university campuses and other venues to speak about her experiences. She was known for her directness and polished wit. She once demanded an apology from Vice President Spiro T. Agnew when he called another politician "the Christine Jorgensen of the Republican Party" (Agnew refused her request).

Jorgensen also worked as an actress and nightclub entertainer and recorded several songs. In summer stock, she played Madame Rosepettle in the play Oh Dad, Poor Dad, Mamma's Hung You in the Closet and I'm Feelin' So Sad. In her nightclub act, she sang several songs, including "I Enjoy Being a Girl", and at the end made a quick change into a Wonder Woman costume. She later recalled that Warner Communications, owners of the Wonder Woman character's copyright, demanded that she stop using the character; she did so and instead used a new character of her own invention, Superwoman, who was marked by the inclusion of a large letter S on her cape. Jorgensen continued her act, performing at Freddy's Supper Club on the Upper East Side of Manhattan until at least 1982, when she performed twice in the Hollywood area: once at the Backlot Theatre, adjacent to the discothèque Studio One, and later at The Frog Pond restaurant. This performance was recorded and has been made available as an album on iTunes. In 1984, Jorgensen returned to Copenhagen to perform her show and was featured in Teit Ritzau's Danish transsexual documentary film Paradiset er ikke til salg (Paradise Is Not for Sale). Jorgensen was the first and only known trans woman to perform at Oscar's Delmonico Restaurant in downtown New York, for which owners Oscar and Mario Tucci received criticism.

Jorgensen said in 1989, the year of her death, that she had given the sexual revolution a "good swift kick in the pants". She died of bladder and lung cancer four weeks short of her 63rd birthday.

As a transgender spokesperson, Jorgensen entered the public eye. She influenced other transsexuals to change their sex on birth certificates and to change their names. Christine Jorgensen's case is significant because, for the first time, it led to complications over sex and science and the changing definition of sexuality. Gender was thought of as a set binary (where one could only be male or female) that was permanent, but Jorgensen's case questioned that stability. Gender was not the set binary as people once thought of it, and doctors were redefining gender with the term "psychological sex". This new "psychological sex" showed that psychologically, one might not relate to one's biological sex. Jorgensen was an example of this; her sexuality was not a result of her biological sex. The question of what determined sex emerged, and the spectrum of sexuality identity included chromosomes, genitalia, and body actions. This spectrum was not clear, and people did not know which of the three determined someone's sex. Due to Jorgensen's surgery, her definition of sexuality changed, and this led the public challenged to think about the definition of biological sex. The topic was complicated overall, as doctors tried to define and reclassify sexuality, but that did not come easily. For example, doctors tried to distinguish transsexuality from transvestism and homosexuality, but at the same time also tried to decontextualize them to make it simpler for people to understand. Traditional gender norms were questioned, and Jorgensen reinforced what it meant to be a woman despite her original sexuality. She took on the notions of femininity. She saw herself as a founding member in what became known as the "sexual revolution".

In 2012 Jorgensen was inducted into the Legacy Walk, an outdoor public display which celebrates LGBT history and people.

Nation of Islam leader Louis Farrakhan, during his earlier career as a calypso singer under the name The Charmer, recorded a song about Jorgensen, "Is She Is Or Is She Ain't". (The title is a play on the 1940s Louis Jordan song, "Is You Is or Is You Ain't My Baby".)

Posters for the Ed Wood film Glen or Glenda (1953), also known as I Changed My Sex and I Led Two Lives, publicize the movie as being based on Jorgensen.

In Christine Jorgensen Reveals, a stage performance at the 2005 Edinburgh Festival Fringe, Jorgensen was portrayed by Bradford Louryk. To critical acclaim, Louryk dressed as Jorgensen and performed to a recorded interview with her during the 1950s while video of Rob Grace as comically inept interviewer Nipsey Russell played on a nearby black-and-white television set. The show went on to win Best Aspect of Production at the 2006 Dublin Gay Theatre Festival, and it ran Off-Broadway at New World Stages in January 2006. The LP was reissued on CD by Repeat The Beat Records in 2005. 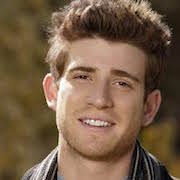