Christine Comaford is a businesswoman, author and serial entrepreneur. She has founded and sold five businesses including Artemis Ventures and First Professional Bank, which was acquired by Union Bank. Comaford has been a board member for more than 36 start-ups and has invested in over 200 companies.

Comaford dropped out of high school and became a model in New York City at age 16. When she was 17, she took vows to become a Buddhist monk and continued the practice for seven years.

In the 1980s, Comaford began working for Microsoft where she wrote testing applications for OS/2 and was a software engineer for Windows 3.0. She also did software engineering for Lotus Software and Adobe Systems, was DBA at Apple Inc., and worked as a strategy adviser for Oracle corporation and Symantec. Comaford founded First Professional Bank in 1982, which was later sold to Union Bank. She founded Kuvera Associates, a consulting company, which merged into Corporate Computing, another company founded by Comaford in 1991. Corporate Computing was sold to LBMS in 1995 and merged with Computer Associates. In 1997, she founded Planet U which delivered internet based promotions across the internet and sold her shares to Rupert Murdoch’s News Corp. She also founded Artemis Ventures in 1999, which later merged with Novus Ventures. In 2002, Comaford invested in Google, prior to the company’s initial public offering. She has served on the board of advisers or directors for over 36 start-up companies. Additionally, she has been angel investor or venture capitalist for over 200 start-ups. Comaford was recognized as one of the "50 Human Behavior Experts to Follow" by iMotions.

Comaford worked on developing and implementing the U.S. intranet strategy under the Bill Clinton administration which allowed citizens to access government services through the internet. She also passed a $4 billion bill through Congress to benefit the Small Business Administration’s SBIC program.

She has spoken at numerous events including Premiere Speakers Bureau, TEDxSanDiego, The Art Of, and Customer Experience Exchange, as well as YPO Education Program chapters. She has also been on SAP Radio, and has delivered lectures on entrepreneurship for Harvard University, Stanford University, UCLA, and UC Berkeley. 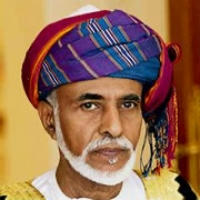 Wife of the Ottoman Sultan 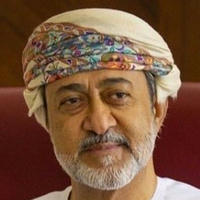