Christina Sussiek (born 4 March 1960 in Werther) is a retired athlete who represented West Germany. She specialized in sprints and long jump, and competed for the club LG Bayer Leverkusen.

At the German Outdoor Championships 1980 she finished second in the 100 and 200 metres races both times only narrowly and after fierce battles vanquished by the invincible olympic champion Annegret Richter.

On 30 January 1981 in Dortmund she ran a new world record of 3:34,38 minutes in 4 x 400 metres relay with the West German national team. The team consisted of Heidi-Elke Gaugel, Christina Sussiek, Christiane Brinkmann and Gaby Bußmann.

The contents of this page are sourced from Wikipedia article on 10 Mar 2020. The contents are available under the CC BY-SA 4.0 license.
comments so far.
Comments
From our partners
Sponsored
Reference sources
References
https://www.worldathletics.org/athletes/biographies/athcode=170021
https://www.iaaf.org/athletes/_/170021
Trending today in 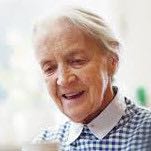 German ceramicist in the Bauhaus style