Christian VII of Denmark
The basics

Christian VII (29 January 1749 – 13 March 1808) was a monarch of the House of Oldenburg who was King of Denmark-Norway and Duke of Schleswig and Holstein from 1766 until his death. For his motto he chose: "Gloria ex amore patriae" ("glory through love of the fatherland").
Christian VII's reign was marked by mental illness and for most of his reign Christian was only nominally king. His half-brother Frederick was designated as regent of Denmark in 1772. From 1784 until Christian VII's death in 1808, Christian's son, later Frederick VI, acted as unofficial regent. Christian as a boy

Christian was the son of King Frederick V and his first wife Louise of Great Britain. He was born in the Queen's Bedchamber at Christiansborg Palace, the Royal residence in Copenhagen. He was baptized a few hours later the same day. His godparents were King Frederick V (his father), Queen Dowager Sophie Magdalene (his paternal grandmother), Princess Louise (his aunt) and Princess Charlotte Amalie (his grand-aunt).

A former heir to the throne, also named Christian, had died in infancy in 1747; therefore, hopes were high for the future of the new heir presumptive. Christoph Willibald Gluck, who was conductor for King Frederick V's opera troupe in Copenhagen between the years 1748-49, composed the scene La Contesa dei Numi (The Contention of the Gods), where the Olympian Gods gather at the banks of the Great Belt and discuss who in particular should protect the new prince. His mother Queen Louise died in 1751, two years after his birth. The following year his father married to Juliane Marie of Brunswick-Wolfenbüttel.

Early historians state that he had a winning personality and considerable talent, but that he was poorly educated and systematically terrorized by a brutal governor, Christian Ditlev Frederik Reventlow, the Count of Reventlow. He seems to have been intelligent and had periods of clarity, but suffered from severe emotional problems, possibly schizophrenia as argued in doctor Viggo Christiansen's book Christian VII's mental illness (1906). After a long period of infirmity, Frederick V died 14 January 1766, just 42 years old. Later the same day, Christian was proclaimed king from the balcony of Christiansborg Palace, weeks before his 17th birthday. Christian's reign was marked by mental illness which affected government decisions, and for most of his reign Christian was only nominally king. His court physicians were especially worried by his frequent masturbation. His royal advisers changed depending on who won power struggles around the throne. In the late 1760s, he came under the influence of his personal physician Johann Friedrich Struensee, who rose steadily in power. From 1770 to 1772, Struensee was de facto regent of the country, and introduced progressive reforms signed into law by Christian VII. Struensee was deposed by a coup in 1772 after which the country was ruled by Christian's stepmother, Juliane Marie of Brunswick-Wolfenbüttel, his half-brother Frederick and the Danish politician Ove Høegh-Guldberg.

Christian VII and Caroline Matilda dance at the wedding held at Christiansborg Palace, the image has inscriptions in French

The young King was betrothed to his fifteen-year-old cousin Princess Caroline Matilda, a sister of Great Britain's King George III, who was anxious about the marriage but not aware that the bridegroom was mentally ill. The dynastic marriage took place at Christiansborg Palace on 8 November 1766, the same year as the groom's coronation. After his marriage, he abandoned himself to the worst excesses, especially sexual promiscuity. In 1767, he entered into a relationship with the courtesan Støvlet-Cathrine. He publicly declared that he could not love Caroline Matilda, because it was "unfashionable to love one's wife". He ultimately sank into a condition of mental stupor. Symptoms during this time included paranoia, self-mutilation and hallucinations. Oil portrait in the Hermitage painted by Peder Als at the time of Christian's consecration. The King is standing with the scepter and the cape; the globus cruciger and the crown can be seen on the left. These treasures remain on display at Rosenborg Castle, Copenhagen.

The progressive and radical thinker Johann Friedrich Struensee, Christian's personal physician, became his advisor and rose steadily in power in the late 1760s to a de facto regent of the country, where he introduced widespread progressive reforms. Struensee was a protégé of an Enlightenment circle of aristocrats that had been rejected by the court in Copenhagen. He was a skilled doctor, and having somewhat restored the king's health while visiting the Schleswig-Holstein area, he gained the king's affection. He was retained as travelling physician (Livmedikus hos Kong Christian VII) on 5 April 1768, and accompanied the entourage on the King’s foreign tour to Paris and London via Hannover from 6 May 1768 to 12 January 1769. He was given the title of State Councilor (etatsråd) on 12 May 1768, barely a week after leaving Altona. The neglected and lonely Caroline Matilda entered into an affair with Struensee.

In 1772, the king's marriage with Caroline Matilda was dissolved by divorce. Christian's marriage with Caroline Matilda produced two children: the future King Frederick VI and Princess Louise Auguste. However, it is widely believed that Louise was the daughter of Struensee—portrait comparisons tend to support this hypothesis. Struensee, following a deluge of modernising and emancipating reforms, was arrested and executed the same year. Christian signed Struensee's arrest and execution warrant under pressure from his stepmother, Queen Juliane Marie, who had led the movement to have the marriage ended. Caroline Matilda, retaining her title but not her children, eventually left Denmark and passed her remaining days in exile at Celle Castle in her brother's German territory, the Electorate of Hanover. She died there of scarlet fever on 10 May 1775, at the age of 23.

Christian was only nominally king from 1772 onward. Between 1772 and 1784, Denmark was ruled by Christian's stepmother Queen Dowager Juliane Marie, his half-brother Frederick and the Danish politician Ove Høegh-Guldberg. From 1784, his son Frederick VI ruled permanently as a prince regent. This regency was marked by liberal and agricultural reforms, but also by the beginning of the disasters of the Napoleonic Wars. Christian died at age 59 of a stroke on 13 March 1808 in Rendsburg, Schleswig. Although there were rumors that the stroke was caused by fright at the sight of Spanish auxiliaries, which he took to be hostile, Ulrik Langen, in his biography of the king, did not indicate that there was any external cause. He was buried in Roskilde Cathedral and was succeeded by his son Frederick VI.

In 1769 Christian VII of Denmark invited the Hungarian astronomer Miksa Hell (Maximilian Hell) to Vardø. He observed the transit of Venus, and his calculations gave the most precise calculation of the Earth–Sun distance to that date (approx. 151 million kilometres).

Miksa Hell's companion János Sajnovics explored the affinity among the languages of the Sami, Finnish and Hungarian peoples (all members of the Finno-Ugric language family). Christian VII, the story of his marriage, and his wife's affair with Struensee has featured in many examples of artistic depictions: 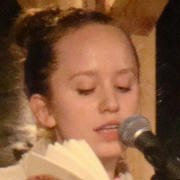 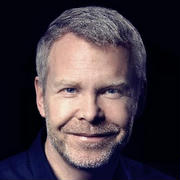 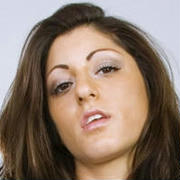