He was a lawyer at the Hof- og Stadsret from 1791 and became a Supreme Court Attorney in 1792. He was in addition chief legal officer of the Danish Asia Company 1812–19 and briefly served as director of the Bank of Denmark in 1818. In 1813, he was designated as Supreme Court justice but never used this appointment.

Klingberg was recognized as one of the leading lawyers of his time and acted as defense attorney in a number of high-profile cases, for instance for Conrad Malte-Brun.

Klongberg died on 9 February 1821 in Copenhagen and is buried at Valsølille Cemetery.

The contents of this page are sourced from Wikipedia article on 24 Jun 2020. The contents are available under the CC BY-SA 4.0 license.
View Christian Klingberg 's image gallery
Image Gallery 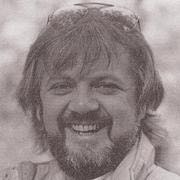