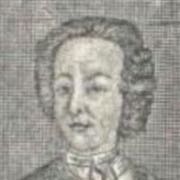 Christian Andreas Käsebier (1710 – after 1757) was a legendary German thief and robber during the 18th century who became an intelligence operative for King Frederick the Great following a life imprisonment sentence.

Käsebier was born in 1710 in Halle, Saxony-Anhalt, the son of Johann von Christophe Käsebier and Margaretha Kuhn. Christian and his siblings were raised in the French Reformed religion. He came from a long line of successful tailors, in which his father educated him to continue in the family profession. His brother, Johann George, would become the personal tailor for Count Casimir, before emigrating to Pennsylvania, however, Christian rebelled and entered a life of crime.

It is said that Christian Andreas became an infamous crime boss, staging numerous robberies and heists. He was caught on many occasions, but never executed, eventually being released every time. He was not a violent criminal, rather he used his charm and intelligence to accomplish most of his work. He was considered cunning and extremely deceptive.

Käsebier was staying in Brandenburg an der Havel under an assumed named when he was finally arrested in 1748 and sentenced to life in prison at Stettin by the King.

In 1757, King Frederick the Great was engaged in the Seven Years' War and was conducting the Siege of Prague. He was in need of intelligence operatives who could penetrate behind enemy lines. The King personally recruited Käsebier with the promise of a pardon in return for his intelligence services. Käsebier successfully smuggled himself into the besieged city three times, but on the fourth mission became hesitant over the fear of being known now. The King threatened to send him back to prison, so Käsebier agreed to the fourth mission. He vanished soon thereafter, never to be heard from again, although it is claimed he was executed by the Austrians.