Christian Ackermann was a sculptor and carver who worked in Estonia.

Christian Ackermann was born in Königsberg. He worked in Riga, Stockholm, and Gdańsk, before becoming active in Tallinn from about 1672 until his death in 1710. In 1675, Ackermann moved to Tallinn and worked forst in the workshop of Elert Thiele, a local woodcarver. After Thiele's death in 1674, Achermann married the master's widow. He then became a citizen of Tallinn but didn't join the local guild of woodcarvers. He became a free master and acquired his own workshop at Toompea Hill. He probably died either in 1710 or a short time later from plague.

Christian Ackermann was one of the greatest masters of the Baroque style in Estonia. He brought strong Central European influences to Northeast Europe, in particular the motifs of the Baroque and masterful Acanthus ornaments. The majority of his works consists of almost twenty altarpieces, pulpits and large coat-of-arms epitaphs.

The contents of this page are sourced from Wikipedia article on 09 Mar 2020. The contents are available under the CC BY-SA 4.0 license.
View Christian Ackermann 's image gallery
Image Gallery 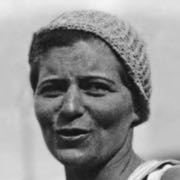