Chris Omprakash Sharma (born April 23, 1981) is an American rock climber. In 2007, NPR wrote that Sharma had been described as the world's best rock climber.

Sharma was born and raised in Santa Cruz, California, the son of Gita Jahn and Bob Sharma. He started rock climbing when he was 12 at the Pacific Edge climbing gym. Sharma went to Mount Madonna school and attended Soquel High School for one year.

At age 14, Sharma won the Bouldering Nationals ∞. A year later, he completed the first ascent of Necessary Evil 5.14c (8c+) in the Virgin River Gorge, the highest-rated climb in North America at the time.

Sharma then moved to Bishop, California, where he climbed The Mandala, a boulder problem graded V12.

In July 2001, Sharma completed the extension of the established route Biographie in Ceüse, located in the Hautes-Alpes Department of France and renamed it Realization, ignoring the French tradition that equippers and not climbers name routes. At the time of the first ascent, Biographie was widely considered to be the first consensus 5.15a (9a+) in the world. He has since established or completed many routes at or above 5.15 (9a+), including La Rambla and Es Pontas (a deep water soloing project in Mallorca). In 2008 Sharma climbed the 250-foot line (76 m), Jumbo Love, at Clark Mountain in California, claiming 5.15b (9b) for the grade.

The 2008 film King Lines at the Internet Movie Database follows Chris through various climbs throughout the world and offers his reflections of his past, climbing and life.

In 2013, Sharma opened his own gym Sender One Climbing, located in Santa Ana, California.

In August 2015 he got married to his fiancée, Jimena Alarcon. 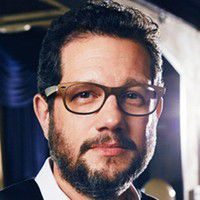