Chris Paciello (born Christian Ludwigsen, September 7, 1971) is an American former Cosa Nostra associate, member of The Untouchables car-theft ring, and government informant who was convicted of murder. During the 1990s, and again in 2012, he became a prominent night club owner in the South Beach section of Miami Beach, Florida.

Paciello was born Christian Ludwigsens in 1971 in Borough Park, Brooklyn, the first of three sons born to Marguerite (née Paciello) and George Ludwigsen, and spent his childhood there. His father was a heroin addict and a small-time criminal who was arrested for burglary, auto theft, and drug charges in the 1980s. By age 15, Paciello was himself stealing car radios, and then cars.

When he was 16, his mother left the family and Paciello moved to Staten Island. Three years later, he left home and changed his last name from Ludwigsen to Paciello, his mother's maiden name. His elder brother, George Ludwigsen, was convicted of bank robberies in Hallandale, Florida and Gulfport, Mississippi in the 1990s.

Paciello had connections to the New York Cosa Nostra crime families. On Staten Island, Paciello joined the New Springville (LUSS) Boys, a gang with affiliations to the Bonanno crime family. In December 1992, he participated in a $300,000 bank robbery at a Chemical Bank in the Staten Island Mall.

In February 1993, Paciello was charged with murder. He had planned a home invasion on Staten Island and served as a driver. Paciello had information that the target, Sami Shemtov, who owned several adult entertainment stores, kept large amounts of cash at his house. An accomplice, Thomas Reynolds, who in 2004 was sentenced to 42 years in prison, shot Sami's wife, Judith, in the head, killing her, when she answered her door. In February 1994, Paciello and his gang robbed a Westminster Bank in Bensonhurst, Brooklyn, stealing $300,000.

Impressed by the new techno style nightclubs in New York, Paciello decided to open his own club in Miami Beach, Florida. Using money from the Westminster Bank robbery, Paciello opened the nightclub, Risk, in the South Beach section in November 1994. Unknown to his fellow gang members, Paciello had also started providing information about them and their Cosa Nostra contacts to the Federal Bureau of Investigation (FBI).

In late November 1995, Paciello opened a new nightclub, Club Liquid, in South Beach, bringing in local celebrity Ingrid Casares as a partner. Liquid soon became a center of Miami's South Beach nightlife in the 1990s. The singer Madonna, a friend of Casares, was a frequent guest.

In 1996, William Cutolo, a powerful leader of the Colombo crime family in New York, told Paciello that he needed to start paying tribute to him. However, the New York Gambino crime family was one of Paciello's early financial backers. In a Brooklyn meeting with acting Colombo boss Alphonse Persico and Gambino representatives, Paciello was allowed to choose affiliation with the Colombos. Neither family was aware that Paciello was still working for the FBI.

On December 1, 1999, Paciello was charged in New York in the 1993 murder of Judith Shemtov and robbery, in which he was the driver. In an effort to hold Paciello behind bars until his trial, Assistant U.S. Attorney Jim Walden introduced evidence to demonstrate that Paciello had threatened witnesses, sold narcotics and had direct links to Mafia boss Alphonse Persico and the Bonanno and Gambino crime families. This request was denied in December 16, 1999 and Paciello was freed on a $3 million bond but forced to remain in jail until a hearing in New York the following week.

In October 2000, Paciello pleaded guilty and was sentenced to ten years in prison, a lenient sentence as a government witness. He had fingered two made members of the Bonanno family, which led ultimately to the takedown of almost the entire upper echelon of the organization, including family boss Joseph "Big Joe" Massino. Paciello's cooperation with the federal government was "unprecedented", according to a March 2004 letter by his then-lawyer, Benjamin Brafman, to the court that would sentence Paciello in connection with the murder and robbery charges related to Judith Shemtov. Brafman estimated that "more than 70 people" had been "prosecuted directly and indirectly as a result of [Paciello's] cooperation", which was reportedly confirmed in a letter from the U.S. District Attorney's Office in Brooklyn.

In September 2006, he was released after serving six years in prison and placed on parole.

He moved to Los Angeles, where he owned two Cristoni pizzerias, both now closed. He was arrested over a street fight with Dean Heiser and Joey Rio in 2008, but no charges were filed. Paciello was previously linked with Madonna and Sofia Vergara romantically.

On March 6, 2012, Paciello opened a new restaurant, Bianca, in the Delano Hotel in South Beach. He made the following press statement:

I regret the mistakes I made in the past. I am working hard to make a positive impact and to build a new life for myself in Miami. I am grateful to the many people here who have welcomed me back with open arms, and look forward to a positive future.

Also, now he is owner of new night club "Rockwell" in South Beach, with his partner from Montenegro.

In December 2012, he and a partner opened Story, a South Beach nightclub. 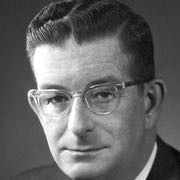 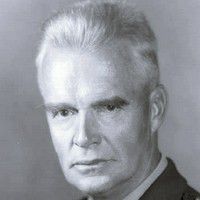