Christopher Howard Long (born March 28, 1985) is an American football defensive end for the Philadelphia Eagles of the National Football League (NFL). He played college football at Virginia, where he was recognized as a unanimous All-American. He was drafted by the St. Louis Rams as second overall pick in the 2008 NFL Draft. Long has also played for the New England Patriots and won Super Bowl LI as a member of the team. He is the son of NFL Hall of Famer Howie Long.

Long was born in Santa Monica, California. He attended St. Anne's-Belfield School in Charlottesville, Virginia. As a senior in 2003, he was in on 91 tackles, 23 tackles for a loss, and 15 sacks helping his team to an undefeated record and the state private-school championship. "He was a big gangly kid who had yet to grow into his body," said John Blake, the St. Anne’s-Belfield coach. "But he jumped in with both feet. When he played tackle, he would drive kids 10 or 15 yards down the field, like he was steering a car."

Long had the rare distinction of having his jersey retired at St. Anne's-Belfield School. He was given a 4-star ranking for college recruiting from Rivals.com, a service that rated him the sixth-best defensive end in the prep ranks. He played in the 2004 U.S. Army All-American Bowl.

Long also played basketball, lacrosse, and baseball in high school. In addition to being Howie Long's son, he is also the great-nephew of film director Irvin Kershner. His younger brother, Kyle Long, became the 20th pick in the 2013 NFL Draft for Chicago Bears as an offensive guard. Long in the Gator Bowl
in January 2008

Long played college football at the University of Virginia under head coach Al Groh from 2004 to 2007, while pursuing a degree in sociology. As a freshman in 2004, he was a backup on the defensive line, but missed five games due to mononucleosis. Long ended the season with five tackles (two for a loss) and a sack.

As a sophomore in 2005, Long averaged 3.8 tackles per game, leading all Virginia defensive linemen. He totaled 46 tackles, with 10 tackles for a loss and 2 sacks. His 26 quarterback pressures led his team. He also shared the team lead in pass break-ups with seven.

In 2006, Long earned second-team All-ACC honors and was voted team captain. While starting all games, Long recorded 57 tackles, 12 for a loss, and 4 sacks. His 4.8 tackles per game was fourth among ACC defensive lineman. He was also a finalist for the Dudley Award, for the most outstanding player in the Commonwealth of Virginia and was an All-State selection.

Following his senior season in 2007, Long was recognized as a unanimous First-team All-American. Long was fourth nationally in tackling by a defensive lineman, averaging 8.3 tackles per game. In addition, North Carolina head coach Butch Davis, who coached against Long in North Carolina's ACC match-ups with Virginia, called Long one of the premier defensive linemen in the country.

Long entered the 2007 season on the watch lists for the Outland Trophy, Bronko Nagurski Trophy, Bednarik Trophy, Lombardi Trophy, Hendricks Award, and the Lott Trophy. He finished the season as a finalist for the Lombardi, Lott, and Nagurski Trophies. On December 5, Long won the 2007 Ted Hendricks Award, given to the top defensive end in the nation. Long garnered more than 60 percent of the votes, the most ever for a winner in the history of the award. Additionally, Long received a first-place vote and finished 10th in the 2007 Heisman Trophy voting.

On November 24, 2007, Long's #91 jersey was retired at the University of Virginia, making him the first to have his jersey retired while an active player.

At the NFL Combine, Long did not lift the bench-press reps of 225 pounds because of an injured thumb.
Virginia Pro Day
Bench press: 370 lbs; Squat: 640 lbs; Power clean: 375 lbs

Long was drafted by the St. Louis Rams second overall in the 2008 NFL Draft. The selection made him just the second son of a Hall of Famer, after tight end Kellen Winslow II, to be drafted in the first round, the fifth such player ever drafted, and one of two such players drafted in 2008 (the other being Matthew Slater).

Following the draft, Rams head coach Scott Linehan named Long a presumptive starter on defense, a notion that Long rejected and instead felt he needed to earn a spot as a starter. The Rams also announced their plans on using Long as both a linebacker and defensive end to showcase his athleticism. Long considered his ability to play multiple positions one of his best assets.

On September 14, 2008, Long recorded his first career sack against Eli Manning of the New York Giants. He recorded his first 2-sack game versus the New England Patriots on October 26, 2008. At the end of his 2008 rookie season he was voted All-Rookie by the Pro Football Writers Association and Sporting News. Long started 16 games (14 at right DE and 2 at left DE) for the Rams in 2008, recording 4 sacks and leading the team in quarterback pressures, with a high of two sacks against the New England Patriots.

In 2009, Long again played both left and right defensive end for the Rams and ended the season with 5 sacks, which was second on the team. He also led the team's defensive linemen with 43 tackles (33 solo plus 10 assists) and for the second straight season he led the Rams in quarterback hits/hurries. Chris Long at a game in Denver in November 2010.

In 2010, Long moved to left defensive end, a position previously held by Leonard Little, where he is a more "natural fit" according to his coaches. In Week 6, 2010, against the San Diego Chargers, Long recorded two sacks and was named the NFC Defensive Player of the Week by the NFL. Long also helped keep the Chargers, who led the league in total offense, to 287 total yards. For the third consecutive season, he led the team in hits/hurries. In addition, he led the NFL in hurries in 2010 with 41.5 and in total quarterback disruptions with 67.5 (Quarterback disruptions are the combined total of quarterback sacks, hits, and hurries) and was named fourth alternate to the Pro Bowl

In 2011, Chris Long decided to change his jersey number from 72 to his former collegiate number 91, which was previously worn by Leonard Little. On September 17, 2011, the Rams and Long agreed to a restructuring of his contract to free money under the salary cap. The restructured deal included a $12.1 million signing bonus and a base salary in excess of $10 million in 2012. Including the prorated signing bonus amount, Long had an $18.3 million cap number for the 2012 season.

On October 30, 2011, Long had a career-high 3 sacks versus the New Orleans Saints and was named Sports Illustrated's NFC Defensive Player of the Week for his efforts. And for the second consecutive season he led the NFL in quarterback disruptions. Long also led the Rams in quarterback hurries with 15 and quarterback hits with 16. For his efforts Long was voted the Defensive Lineman of the Year by the NFL Alumni for the 2011 season. He was also voted as an alternate to the Pro Bowl for the second time.

In 2012 Long led the Rams in sacks with 11.5 and again led the team in quarterback hits (24) and hurries (50) Additionally, according to Football Outsiders.com Long led NFL defensive ends in hurries for the third straight season. On December 30, 2012, Long tied a career-high of 3 sacks versus the Seattle Seahawks. Long's additional honors included being named to the USA Football's All-Fundamentals Team for the first time. He was also voted as a Pro Bowl alternate for the third time.

On October 24, 2013 Long was fined $15,750 for throwing a punch at Carolina Panthers offensive lineman Chris Scott early in the third quarter Against the Colts, Long recovered an Andrew Luck fumble and ran it in for a touchdown, his first NFL score, and was named co-NFC Defensive Player of the Week by Sports Illustrated (along with Robert Quinn). Long ended the 2013 season with 8.5 sacks and took his career total to 50.5 sacks and was named to the All-Fundamentals teams for the second consecutive season. Also in 2013 Long was voted first alternate defensive end to the Pro Bowl, the fourth consecutive season he was an alternate. Once again for the sixth consecutive season he led the Rams teams in quarterback pressures with 39, but was second in quarterback hits to All-Pro Robert Quinn.

On March 18, 2016, Long signed a one-year deal with the New England Patriots worth $2 million. Long helped the Patriots finish 14–2 in the regular season, win the AFC Championship, and win Super Bowl LI (his first Super Bowl ring). The Patriots trailed 28-3 in the third quarter, but rallied all the way back to win the game 34–28 against the Atlanta Falcons which featured the first overtime game in Super Bowl history and the largest comeback in the Super Bowl. Although not appearing in any statistical category during the game Long played a crucial part in the teams comeback when the Falcons Jake Matthews was called for holding Long on an 8-yard catch that would have put the Falcons at the Patriots 26 yard line for a potential field goal. Instead the Falcons were pushed out of field goal range and the Patriots were able to tie the game on their following possession.

On March 28, 2017, his 32nd birthday, Long signed a two-year contract with the Philadelphia Eagles.

Long is a son of Hall of Fame NFL defensive end Howie Long.

On June 22, 2013, Chris married Megan O'Malley in Charlottesville, Virginia. O'Malley is a graduate of the University of Virginia and former member of the UVa women's lacrosse team. The couple welcomed their first child, a son named Waylon James Long born on March 2, 2016.

Chris appeared in a 1980s anti-underage drinking public service announcement as an infant with his parents.

In May 2015, Long launched The Chris Long Foundation which helps raise money for the Waterboys Initiative dedicated to building wells for communities in East Africa. 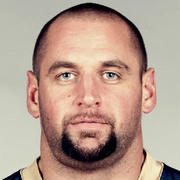