Löwe began his career in the youth of 1. FC Wacker Plauen and Chemnitzer FC and was promoted in the 2007–08 season to the first team.

Löwe was sold to Borussia Dortmund for €200,000 and signed a four-year contract. Löwe earned his first competitive appearance for Dortmund in the 2011 DFL-Supercup against rivals FC Schalke 04 on 23 July 2011. In the club's league opener on 5 August 2011, Löwe started in the back four helping his side to a 3–1 victory over HSV.

In 2016, Löwe signed a pre-contract agreement with Huddersfield Town on a 3-year deal having being out of contract in the summer at 1. FC Kaiserslautern. Löwe will form one of the first building blocks in the "Wagner Revolution". He made his debut for the Terriers in their 2–1 win over Brentford on 6 August 2016. Löwe scored his first goal for Huddersfield scoring the opener in a 2–1 win over Barnsley on 20 August 2016. 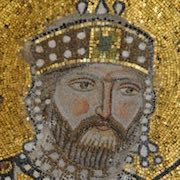