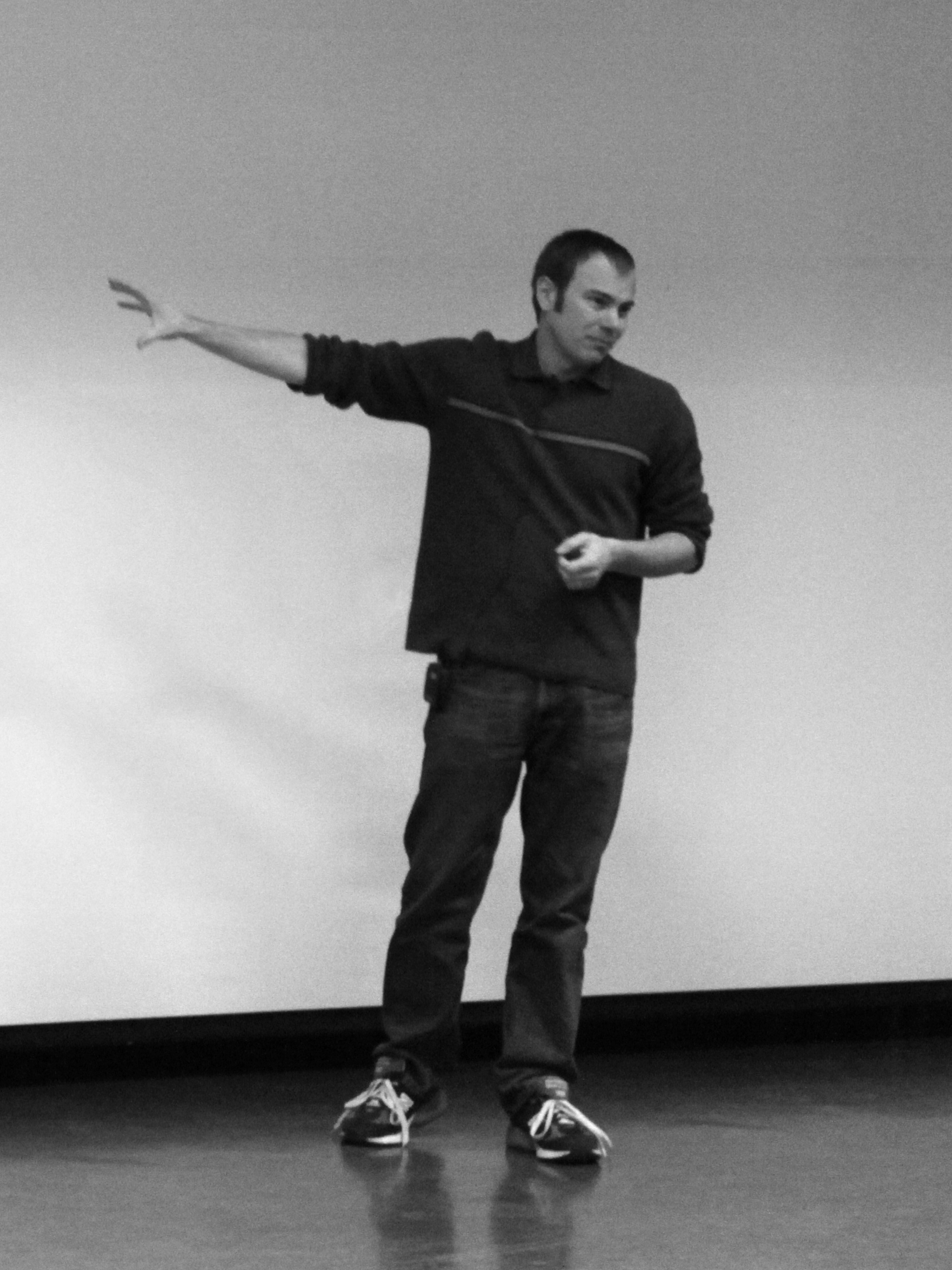 Chris Lattner (born 1978) is an American software developer, best known as the main author of LLVM and related projects, such as the compiler Clang and the programming language Swift. As of 2017, he works at Tesla Motors as Vice President of Autopilot Software. Prior to that, he worked at Apple Inc. as Director of the Developer Tools department, leading the Xcode, Instruments, and compiler teams.

Lattner studied computer science at the University of Portland, Oregon, graduating in 2000. While in Oregon, he worked as an operating system developer, enhancing Sequent Computer Systems's DYNIX/ptx. He is married to compiler engineer Tanya Lattner, who has been serving as president of the LLVM Foundation since 2015.

In late 2000, Lattner joined the University of Illinois at Urbana-Champaign as a research assistant and M.Sc. student. While working with Vikram Adve, he designed and began implementing LLVM, an innovative infrastructure for optimizing compilers, which was the subject of his 2002 M.Sc. thesis. He completed his Ph.D. in 2005, researching new techniques for optimizing pointer-intensive programs and adding them to LLVM.

In 2005, Apple Inc. hired Lattner to begin work bringing LLVM to production quality for use in Apple products. Over time, Lattner built out the technology, personally implementing many major new features in LLVM, formed and built a team of LLVM developers at Apple, started the Clang project, took responsibility for evolving Objective-C (contributing to the blocks language feature, and driving the ARC and Objective-C literals features), and nurtured the open source community (leading it through many open source releases). Apple first shipped LLVM-based technology in the 10.5 (and 10.4.8) OpenGL stack as a just-in-time (JIT) compiler, shipped the llvm-gcc compiler in the integrated development environment (IDE) Xcode 3.1, Clang 1.0 in Xcode 3.2, Clang 2.0 (with C++ support) in Xcode 4.0, and LLDB, libc++, assemblers, and disassembler technology in later releases.

Lattner's recent work involves designing, implementing, and evangelizing the LLVM and Clang compilers, productizing and driving the debugger LLDB, and overseeing development of the low-level toolchain. As of 2016, LLVM technologies are the core of Apple's developer tools and the default toolchain on FreeBSD.

In June 2010, the Association for Computing Machinery (ACM) Special Interest Group on programming languages (SIGPLAN) gave Lattner its inaugural ACM SIGPLAN Programming Languages Software Award "for his design and development of the Low Level Virtual Machine", noting that Professor Adve has stated: "Lattner’s talent as a compiler architect, together with his programming skills, technical vision, and leadership ability were crucial to the success of LLVM."

In April 2013, the ACM awarded Lattner its Software System Award, which is presented to anyone "recognized for developing a software system that has had a lasting influence, reflected in contributions to concepts, in commercial acceptance, or both".

Swift is designed to coexist with Objective-C, the object-oriented programming language formerly preferred by Apple, and to be more resilient against erroneous code. It is built with the LLVM compiler included in Xcode 6.

Lattner began developing Swift in 2010, with the eventual collaboration of many other programmers. On June 2, 2014, the WWDC app became the first publicly released app that used Swift.

He then decided to give the Project Lead role to Ted Kremenek in January 2017.