A New Jersey native, Badami began his musical journey by teaching himself the basics of recording on a four-track cassette recorder he received as a birthday gift.

Badami has recorded and produced hundreds of acts since the early 1990s. Badami got his start in the music industry as an active player and studio musician in the New York/New Jersey area. While performing in recording studios, his love of technology began. From there, Badami began working at top recording studios in the area and completed two college degrees in percussion and music technology from NYU (A.S. & B.M.).

On a musical level, Badami has recently been published in Modern Drummer magazine and continues to perform and record regularly throughout the nation with I Can Make A Mess Like Nobody's Business, Roark and The Jon Klein Combine.

The contents of this page are sourced from Wikipedia article on 06 May 2021. The contents are available under the CC BY-SA 4.0 license.
comments so far.
Comments
From our partners
Sponsored
Reference sources
References
https://web.archive.org/web/20161229034838/http://www.chrisbadami.com/bio-2/
http://www.chrisbadami.com/bio-2/
//www.google.com/search?&q=%22Chris+Badami%22+site:news.google.com/newspapers&source=newspapers
//scholar.google.com/scholar?q=%22Chris+Badami%22
https://www.jstor.org/action/doBasicSearch?Query=%22Chris+Badami%22&acc=on&wc=on
http://top40-charts.com/news/Pop-Rock/Debut-LP-From-A-Coastline-Ending-Out-On-July-15-2008/41463.html
http://www.antimusic.com/news/08/june/19A_Coastline_Ending_Lineup_CD_and_Tour.shtml
https://musicbrainz.org/artist/219049c8-88b9-489e-ad64-61a8584c6ab5
Trending today in 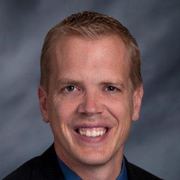