Choi Chul-Soon (Hangul: 최철순, born February 8, 1987) is a South Korean Football player as a defender. He is currently playing for South Korean Army side Sangju Sangmu Phoenix although being under contract with Jeonbuk Hyundai Motors. He also played for the Korean national U-23 football team which is also known as Olympic National Team.
He was a member of the Korean national U-20 football team for 2007 FIFA U-20 World Cup in Canada as a central defender and was also a member of Korean National U-19 Football Team for 2006 AFC Youth Championship in India. However, he has been a fullback since Korean national U-23 football team.
On 9 January 2010, Choi made his first international cap for South Korea at the friendly match against Zambia. 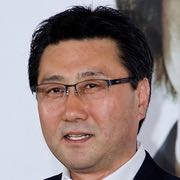