Kimber was born on February 3, 1984, in Phenix City, Alabama and was raised in Phenix City and Killeen Texas. Kimber comes from a musical family and his parents placed in a church choir at an early age.

A year after living in Texas, he relocated to Germany for four years, where he continued his passion for the music, meeting musical artists from various countries.  While in Germany, he also performed with fellow American musician Tejai Moore.

Over the years, he has performed with various European artists including Riccardo Marchi and Igor Favretto.

In addition, Kimber is a co-owner of multimedia company Caerus multimedia, and a member of the supergroup Free Agent.

References
https://archive.is/juMZL
https://www.chivaskimber.com/
To cite the article
Citation
We strive for accuracy and fairness. If you notice a mistake, please contact us. Below the article, you will find links to the references used.
comments so far.
Comments
Trending today in 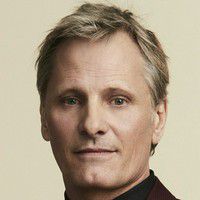