Janney Marín Rivera (born June 26, 1985), better known as Chiquis Rivera, is an American singer and television personality. She is the eldest daughter of singer Jenni Rivera. She began her singing career in early 2014, releasing her first single "Paloma Blanca" as a tribute to her mother. At Premios Juventud, she made her musical debut on international television with her performance of "Esa No Soy Yo".

She made her television debut with her reality show Jenni Rivera Presents: Chiquis & Raq-C and also appeared on her mother's hit spin-off reality show I Love Jenni. Rivera's debut album, Ahora, was released on June 2, 2015. On April 7, 2015 she released her memoir titled Forgiveness.

Janney Marín Rivera was born and raised in Long Beach, California, to Jenni Rivera and José Trinidad Marín. She is the niece of singer Lupillo Rivera. She is the eldest of five children.

On April 7, 2015 she released a memoir called Forgiveness, she revealed the reasons she and her mother, Jenni Rivera, stopped speaking in October 2012. She revealed that she was molested by a woman. She confirmed that the reason for her and her mother's separation stemmed from the rumor that she had an affair with Esteban Loaiza. She denied the rumor and attributes it to "toxic voices" that surrounded her mother at a time when she was deeply lonely and confused, leading her to doubt her then-husband's fidelity and her own daughter's loyalty. She stated, in an attempt to find evidence of incriminating behavior, that Rivera looked at video footage from her home's security system and found an instance in which Chiquis is seen leaving the master bedroom which Rivera shared with Loaiza while they were married. Chiquis said that Rivera became fixated with the video, and watched it so many times that she had made herself believe her daughter actually "came back to the house and snuck back into the bedroom" to have a sexual encounter with Loaiza. Beto Cuevas, who was friends with Jenni, has stated that he gave her advice on how to deal with the rift with Chiquis three days before Jenni's death.

In 1997, her aunt, Rosie Rivera came forward and confessed to Jenni Rivera, that José Trinidad Marín, used to sexually molest her, and was now doing the same to Chiquis. Physical examination showed he'd done the same with her younger sister Jacqie Marín. The molestation case was opened in 1997 and Marín spent 9 years as a fugitive before he was apprehended in April 2006 and convicted of sexual assault and rape. In May 2007, José Trinidad Marín was found guilty of 6 out of 9 charges and sentenced to more than 31 years in prison without parole.

On December 9, 2012, her mother and six others died in a plane crash following a concert at the Monterrey Arena in Monterrey, Nuevo León. The plane was en route to Toluca for an appearance by Rivera on La Voz ... México.

Chiquis is Presbyterian and attends church regularly with her husband and family.

She made her television debut with her reality show Jenni Rivera Presents: Chiquis & Raq-C, Chiquis 'n Control, and also appeared on her mother's hit spin-off reality show I Love Jenni. She also starred in her mini web—series Chiquis Confidential. She and her siblings are set to star in a spin-off of I Love Jenni called The Riveras. The series is currently about to air its fourth season on NBC Universo on August 11.

Rivera began her singing career in early 2014, releasing her first single "Paloma Blanca". It was written by her and dedicated as a tribute to her late mother. At Premios Juventud she made her musical debut on international television with her performance of "Esa No Soy Yo".

On April 6, 2015, Chiquis declared to the daily newspaper Miami Herald, she would be releasing an album called Ahora, on June 2, 2015. She stated, "I called it Ahora because it's about living in the moment and appreciating the now. I feel that's how my life can be summed up. It really has a little bit of everything – pop mixed with banda. I love all types of music and didn't want to limit myself since I am my own record label [Sweet Sound Records] I was able to take my time with it. I want to give that to people. I don't know anyone who listens to just one type of music – it's universal and brings everyone together."

In Spring of 2018, Rivera released her second studio album titled ‘Entre Botellas’ which feature songs made with Lorenzo Mendez, Jenni Rivera and Juan Rivera. Her two singles ‘Vas a Volver’ and ‘Horas Extras’ where featured in the album as well as ‘Quisieran Tener Mi Lugar’, a duet sang with her mother Jenni Rivera.

Rivera's musical style is classified as banda, a form of traditional Mexican music popular in Mexico and parts of the United States with large Mexican populations. Banda music originated in the state of Sinaloa and the music sound is primarily instruments such as tuba, clarinets and trumpets, i.e. Banda El Recodo; Banda La Costeña.

The Billboard Latin Music Awards are awarded annually by the Billboard magazine in the United States. The Billboard awards are the Latin music industry's longest running and most prestigious award. Chiquis has currently received one nomination which is currently pending; she has been nominated against her late mother.

The Juventud Awards are awarded annually by the television network Univision in the United States. Chiquis has received three nominations.

The Lo Nuestro Awards are awarded annually by the television network Univision in the United States. Chiquis has received two award from three nominations.

The Premios De La Radio are awarded annually by the television network Estrella TV in the United States for the Regional Mexican Music genre. Chiquis has received one nomination, and in 2014 she lost the award to her late mother Jenni Rivera.

The Tu Mundo Awards are produced by Telemundo awarded annually from the American Airlines Arena in Miami, Florida.

The contents of this page are sourced from Wikipedia article on 09 Jul 2020. The contents are available under the CC BY-SA 4.0 license.
View Chiquis 's image gallery
Image Gallery 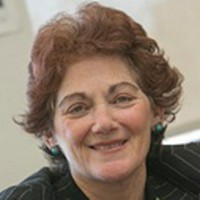