Webb was born in Baltimore, Maryland, to William H. and Marie Webb. When an infant, he fell down some stair steps in his family's home, crushing several vertebrae and requiring surgery, from which he never regained full mobility. The injury progressed to tuberculosis of the spine, leaving him with short stature and a badly deformed spine which caused him to appear hunchbacked. The idea of playing an instrument was suggested by his doctor to "loosen up" his bones. He supported himself as a newspaper boy to save enough money to buy drums, and first played professionally at age 11. Webb had three sisters: Bessie, Mabel and Ethel. Mabel married Wilbur Porter around 1928.

At the age of 17 he moved to New York City and by 1926 was leading his own band in Harlem. Jazz drummer Tommy Benford said he gave Webb drum lessons when he first reached New York.

He alternated between band tours and residencies at New York City clubs through the late 1920s. In 1931, his band became the house band at the Savoy Ballroom. He became one of the best-regarded bandleaders and drummers of the new "swing" style. Drummer Buddy Rich cited Webb's powerful technique and virtuoso performances as heavily influential on his own drumming, and even referred to Webb as "the daddy of them all". Webb was unable to read music, and instead memorized the arrangements played by the band and conducted from a platform in the center. He used custom-made pedals, goose-neck cymbal holders, a 28-inch bass drum and other percussion instruments.

Although his band was not as influential, it was feared in the battle of the bands. The Savoy often featured "Battle of the Bands" where Webb's band would compete with other top bands, such as the Benny Goodman Orchestra or the Count Basie Orchestra. By the end of the night's battles the dancers seemed always to have voted Webb's band as the best. Webb lost to Duke Ellington in 1937. Although a judge declared Webb's band the official winner in 1938 over Count Basie's, and Basie himself said he was relieved to come away from the contest without embarrassing himself, surviving musicians continued to dispute the ruling for decades.

Webb married Martha Loretta Ferguson (also known as "Sally"), and in 1935 he began featuring a teenaged Ella Fitzgerald as a vocalist. Together Chick and Ella would electrify the Swing Era of jazz with hits such as "A-Tisket a Tasket", which was composed by Van Alexander at Fitzgerald's request. Despite rumors to the contrary, "Ella was not adopted by Webb, nor did she live with him and his wife, Sally," according to Stuart Nicholson in his Fitzgerald biography.

In November 1938, Webb's health began to decline; for a time, however, he continued to play, refusing to give up touring so that his band could remain employed during the Great Depression. He disregarded his own discomfort and fatigue, which often found him passing out from physical exhaustion after finishing sets. Finally, he had a major operation at Johns Hopkins Hospital in Baltimore in 1939. Webb died from Pott disease on June 16, 1939, in Baltimore. Reportedly his last words were, "I'm sorry, I've got to go." He was roughly 34 years old. Webb was buried in Baltimore County, in Arbutus Memorial Park, in Arbutus, Maryland.

Webb's death hit the jazz/swing community very hard. After his death, Fitzgerald led the Chick Webb band until she left to focus on her solo career in 1942 and caused the band to disband. Art Blakey and Ellington both credited Webb with influencing their music. Gene Krupa credited Webb with raising drummer awareness and paving the way for drummer-led bands like his own. Webb's thundering solos created a complexity and an energy that paved the way for Rich (who studied him intensely) and Louie Bellson.

Jelly Roll Morton, Louis Armstrong, Earl Hines and Coleman Hawkins are among several early jazz musicians whose birthdates have been disputed. Webb's birthday was generally believed to be February 10, 1909; however research has proven this to be incorrect.

The Encyclopædia Britannica Online had given two possible years for his birthdate: 1902 and 1909. However, they have now tentatively adopted 1905. Still other publications claim other years. During Webb's lifetime a December 1937 Down Beat magazine article, "The Rise of a Crippled Genius", stated he was born in 1909, and a book entitled Rhythm on Record by Hilton Schleman stated his birth year was 1907. The New York Times reported in 1939 that Webb was born in 1907. Despite these conflicting dates, Eric B. Borgman has proven that Webb was born in 1905, using the 1910 and 1920 United States censuses and newspaper articles. The confusion regarding his birth year can be seen on his death certificate, which has "1907" overwritten with "1909". Webb's grave marker gives the wrong birth year of "1909".

The contents of this page are sourced from Wikipedia article on 31 Mar 2020. The contents are available under the CC BY-SA 4.0 license.
View Chick Webb 's image gallery
Image Gallery 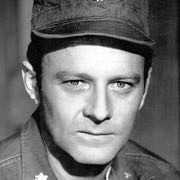 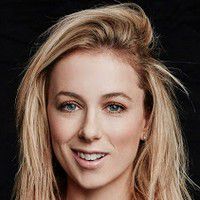