Chica da Silva, whose romanticized version/character is known by the spelling Xica da Silva (Francisca da Silva de Oliveira, c. 1732-1796) was a Brazilian woman who became famous for becoming rich and powerful despite having been born into slavery. Her life has been a source of inspiration for many works in television, films, theater and literature. She is popularly known as the slave who became a queen.

Francisca da Silva de Oliveira was born in Vila do Príncipe (nowadays Serro), in the north of the state of Minas Gerais, in Brazil. She lived mainly in Arraial do Tijuco (nowadays known as Diamantina) and was the daughter of a Portuguese man, Antônio Caetano de Sá and his black enslaved lover, Maria da Costa, who was probably from the Gulf of Guinea or Bahia. Francisca's first master was Sergeant Manuel Pires Sardinha, with whom she had two sons: Plácido Pires Sardinha and Simão Pires Sardinha, both of whom studied at the University of Coimbra, in Portugal. Francisca's second master was Priest Rolim (José da Silva Oliveira), who was forced to sell Chica to João Fernandes de Oliveira, a diamond mine owner and mining Governor of Arraial do Tijuco, one of the richest persons of Colonial Brazil.

Chica da Silva died in 1796. She was buried at the Church of São Francisco de Assis, a privilege that only wealthy whites enjoyed.

Chica was a symbol of Brazil's so called "racial democracy." Currently, however, scholars maintain that she used miscegenation and her connections as a tool to achieve a higher social status, as did other African Brazilians at the time. Historian Júnia Ferreira Furtado sustains that concubinage and marriage between white male and black female in colonial Brazilian society was a way found by the enslaved to change their social position and to escape racism:

Manumission, rather than the beginning for the formation of a positive black identity, was the beginning of a process of acceptance of values of the elite, in order to insert them (former slaves) as well as their descendants in this society.

Sex was decisive to the relative facilitated access to freedom and concubinage with white men offered advantages to black women because, once free, they reduced the stigma of color and of slavery for them and for their descendants.

João Fernandes and Chica da Silva's relationship was a scandal in colonial Brazilian society. Chica da Silva, formerly enslaved, had become one of the most powerful women in colonial America. Chica was banished from the parish church, which was reserved for Caucasians only. To show the locals Chica's power, João Fernandes built a luxurious church attended just by herself. However, as Furtado discloses, Chica attended brotherhoods exclusive to whites, as a way to try to fit into the status quo and be aware of its schemes against her and her people.

Contrary to what was propagated, Chica also owned slaves, and is only known to have freed one of them. Historians view this as the main difference between the experience of Africans in Brazil and their counterparts in the United States. While in the US, African-American former slaves had a more unified movement, in Brazil they tried to integrate into white society as mixed-race people saw that "whitening" themselves was a way to escape from their slave past. Although slaves didn't have any choice if the master or mistress decided to use them as sex objects, some were able to use the situation, especially in regard to their offsprings who were part European. The colonial Portuguese mentality was also more tolerant than the US Anglo-Saxon one on race when it had to do with their mixed-race offsprings. Whereas Anglo-Saxon slave holders forced their own race-mixed offsprings into slavery and sold them to other masters as well, making a profit from them, Luso-Brazilians generally freed their own mixed-race children and often granted them nobility titles. This happened perhaps because of the lack of Portuguese women that migrated to Brazil.

Chica, as the other freed female slaves, achieved her freedom, loved, had children and raised them up socially sought to reduce the mark that the condition of Parda (brown) and former slave had to herself and to her descendants. 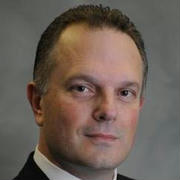