Chen Chwen-jing (Chinese: 陳純敬; pinyin: Chén Chúnjìng) or Jonathan Chen is a politician in the Republic of China. He has served as the Deputy Minister of the Interior since 8 March 2014, having previously served in the Ministry of Transportation and Communications from 2013 to 2014.

Commenting on the criticism on the slow evacuation during the discovery of explosive device inside Taiwan High Speed Rail on 12 April 2013, speaking at Legislative Yuan in mid April 2013, Chen responded that the MOTC will review evacuation measures for Taiwan railways systems.

Stopover by Mainland Chinese in Taiwan

Speaking in early February 2014 at a forum on economics and finance legislation, Chen said that negotiating with Mainland China to allow Mainland Chinese to transit stop in Taiwan heading to a third destination will be a very important issues on cross-strait transportation, especially after the establishment of three links in 2008 between the two sides. The current obstacle is that the Chinese mainland government requires their own people to have an entry permit to enter Taiwan, even for just a transfer.

The contents of this page are sourced from Wikipedia article on 04 Jul 2020. The contents are available under the CC BY-SA 4.0 license.
View Chen Chwen-jing 's image gallery
Image Gallery 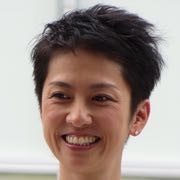 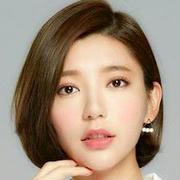