Born in Bari, after being a regular in many editions of the Canale 5 variety show Zelig, he became famous in 2006 thanks to the song Siamo una squadra fortissimi, celebrating the Italian victory at the 2006 FIFA World Cup.

In January 2016, his film Quo Vado? grossed over €22m (£16.5m) over the three-day holiday weekend at the beginning of the year, nearly equalling the total that Star Wars: The Force Awakens film had made in three weeks. 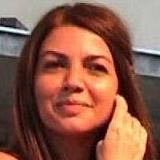