Nesbit was born in Swalwell in County Durham, the son a keelman. Nesbit became the wood-engraver Thomas Bewick's apprentice in Newcastle upon Tyne about 1789. During his apprenticeship, he drew and engraved the bird's nest that heads the preface in the first volume of A History of British Birds and he engraved the majority of vignettes and tail-pieces for Poems of Goldsmith and Parnell, 1795. In 1796, Nesbit engraved a memorial cut to another of Bewick's apprentices, Robert Johnson (1770–1796), from one of that artist's designs, and a little more than a year later, for the benefit of Johnson's parents, a large block after a watercolour by Johnson of a north view of St Nicholas's Church, Newcastle. This print, fifteen inches by twelve, was one of the largest wood-engravings ever attempted in the precise mode of Bewick's shop. Nesbit presented an example of this print to the Society of Arts, who awarded him their lesser silver palette.

About 1790 Nesbit moved from Newcastle to Fetter Lane, London, where in 1801 he engraved woodcuts for Grey's edition of Samuel Butler's Hudibras. In 1802 he received a silver medal from the Society of Arts. He worked on the 1806 Scriptures Illustrated of William Marshall Craig, and on Wallis and Scholey's edition of David Hume's History of England, which often displays his name on the woodcuts. With Branston and another of Bewick's pupils, Luke Clennell, he engraved the head and tail pieces for an 1808 edition of William Cowper's Poems in two volumes. He also engraved 'Hope Departing', 'Joyful Retribution', 'Sinners Hiding in the Grave', among other wood engravings for Ackermann's 1809 Religious Emblems.

By 1818, Nesbit had returned to Swalwell in Durham, though he continued to work as a wood engraver for the London and Newcastle booksellers. He engraved a likeness of Bewick, after Nicholson, for Emerson Charnley's Select Fables, 1820; and some excellent reproductions of William Harvey's designs for Northcote's Fables, 1828. In 1830 Nesbit returned to London and worked upon Harvey's 'Blind Beggar of Bethnal Green', 1832; Gilbert White's Selborne, 1836; and Latrobe's Scripture Illustrations, 1838. Nesbit, perhaps the best of Bewick's pupils, died at Queen's Elm, Brompton, on 11 November 1838.

The contents of this page are sourced from Wikipedia article on 17 May 2020. The contents are available under the CC BY-SA 4.0 license.
View Charlton Nesbit 's image gallery
Image Gallery 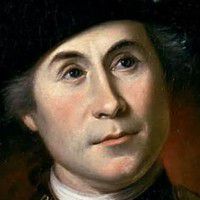 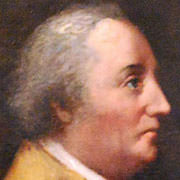 American signatory of the Declaration of Independence 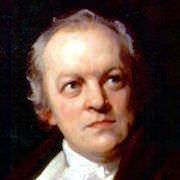