Charlotte Knobloch (born October 29, 1932 in Munich as Charlotte Neuland) was elected President of Central Council of Jews in Germany (Zentralrat der Juden in Deutschland) in June, 2006, and served in that role until 2010. She is also Vice President of the European Jewish Congress and the World Jewish Congress. She has for many years been one of the primary leaders of the Jewish community in Munich, as President of the Israelitische Kultusgemeinde München und Oberbayern since 1985.

Charlotte Knobloch was born in Munich, in 1932, into a well-to-do Jewish family of lawyers. She is the daughter of Munich lawyer and Bavarian senator Fritz Neuland. Her mother Margarethe was born a Christian, but converted to Judaism upon marrying Neuland. However, her parents divorced in 1936. She was subsequently raised by her grandmother Albertine Neuland. Upon the arrest of her father, Knobloch recalls being saved by the former housekeeper of the Neuland family, who took her in her hand and brought her to her Christian family in Franconia. From 1942 onward, she lived with Catholic farmers in Franconia, who pretended she was their own illegitimate daughter.

Charlotte Neuland married the late Samuel Knobloch in 1951, and has three children.

One of her achievements is the Jewish Centre (Jüdisches Zentrum) in Munich, with a new principal Ohel Jakob synagogue and a Jewish museum. She was made an honorary citizen of Munich in 2005.

Knobloch is especially concerned with the problem of antisemitism in Eastern Europe. In the World Jewish Congress she works to promote the German-speaking Jewish communities and to build bridges to Jewish communities in other countries.

In January 2009, she decided that the Central Council was temporarily breaking off contact with the Roman Catholic Church because of the lifting of the excommunication of controversial bishop Richard Williamson.

In January 2014 she was honored as the first Distinguished Service Awardee by the Obermayer German Jewish History Awards. 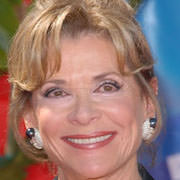 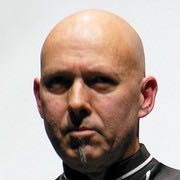