On 6 January 2008, Kalla won the second edition of Tour de Ski in her debut in the event.

Kalla won the gold medal in the women's 10 km individual for Sweden at the 2010 Winter Olympics in Vancouver, Canada, with a time of 24:58.4. She also won a silver in the team sprint event with Anna Haag at those same games.

Kalla won a silver medal in the skiathlon event on 8 February in Sochi, and another silver in the classical race on 13 February. In the 4 x 5 km women's relay race, held on February 15, she ran in the final leg and started third with a 25.7 sec lag behind the first place and a 19.9 lag behind the second place, but totally reduced the gap, and overtook her competitors in the final straight, giving Sweden the gold medal.

On 17-18 April 2015 Kalla participated and placed second in Keb Classic, a ski mountaineering event in Kebnekaise, Sweden, with Emelie Forsberg and Josefina Wikberg. 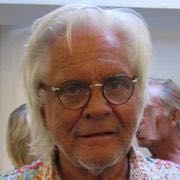