Charlotte Cardin (born November 9, 1994) is a Canadian pop, electro and jazz singer and songwriter from Montreal, Quebec. Cardin began her career as a model at the age of 15, where she appeared in numerous advertising campaigns such as Barilà.

A Top 4 finalist in the first season of the TVA singing competition La Voix in 2013, later the same year she was featured on Garou's album Au milieu de ma vie as a duet vocalist on the single "Du vent, des mots". On March 1, 2014, she appeared on the sister series The Voice: la plus belle voix in France to perform the song with Garou, a judge on that edition.

She released her solo debut EP, Big Boy, in 2016 on Cult Nation Records. The EP featured songs in both English and French. She was a shortlisted SOCAN Songwriting Prize finalist in the French division for her song "Les échardes", and the title track "Big Boy" was playlisted on CBC Radio 2 and charted on the Radio 2 Top 20. She made an appearance on the talk show Tout le monde en parle to discuss her mini-album in November 2016.

For the 2017 SOCAN Songwriting Prize, she was a nominee in the English category for "Big Boy" and in the French category for "Faufile", becoming the first artist in the history of the award to be nominated in both categories in the same year.

She received two Juno Award nominations at the Juno Awards of 2018, for Breakthrough Artist of the Year and Songwriter of the Year for "Main Girl", "Paradise Motion" and "The Kids".

In 2018, she received another SOCAN Songwriting Prize nomination for "Main Girl".

In 2019, Cardin and producer CRi collaborated on a cover of Daniel Bélanger's "Fous n'importe où", and Cardin appeared on Loud's album Tout ça pour ça as a duet vocalist on the track "Sometimes, All the Time".

The contents of this page are sourced from Wikipedia article on 16 Jun 2020. The contents are available under the CC BY-SA 4.0 license.
View Charlotte Cardin 's image gallery
Image Gallery 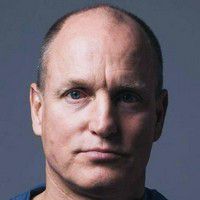 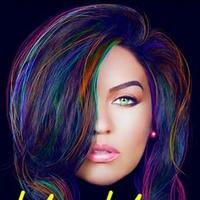