The son of immigrants from the Dominican Republic, Roberto Villanueva and Dora Mejia, Villanueva was raised in Elmhurst, Queens, New York. He was drafted at the age of 20 with the seventh overall pick in the 2005 NBA draft by the Toronto Raptors. He also holds Dominican citizenship and has represented the Dominican Republic national basketball team in international competition.

Villanueva has an autoimmune skin disease known as alopecia universalis, a variation of alopecia areata. This prevents the growth of hair on the scalp and/or elsewhere on the body, but otherwise is not physically painful, dangerous, or life-threatening. Villanueva is a spokesman for the NAAF (National Alopecia Areata Foundation), and received the February 2006 Community Assist Award from the NBA for his work with the organization.

A first-generation Dominican-American, Villanueva is fluent in Spanish, as it is the language he speaks with his family.

Villanueva has three brothers all named Roberto, aka Rob, after their Dad's name: Rob Antonio, Rob Elia, Rob Carlos. Announced in September 2015, Charlie is working with two of the three Rob's on a documentary, called "What is Alopecia", based on the autoimmune disease Alopecia Areata, in order to continue his advocacy efforts to educate, create awareness and support the Alopecia community.

During his freshman year, Villanueva attended Newtown High School in Queens, New York, where he was a teammate of future NBA player Smush Parker. He spent his next three years at Blair Academy in Blairstown, New Jersey, where he played with another future NBA player, Luol Deng. Villanueva received All-American honors as a senior and was named New Jersey Co-Player of the Year. He entered the 2003 NBA draft, but withdrew his eligibility so he could play college basketball for the University of Connecticut.

Considered a five-star recruit by Rivals.com, Villanueva was listed as the No. 2 power forward and the No. 5 player in the nation in 2003.

In his freshman year at UConn, Villanueva earned Big East All-Rookie Team honors and was a key reserve member of the 2004 NCAA National Championship team. As a sophomore at UConn, he averaged 13.6 points and 8.3 rebounds, leading the team in scoring and receiving team MVP and second-team All-Big East honors. Villanueva declared for the 2005 NBA draft following his sophomore season, thus forgoing his final two years of college eligibility.

Villanueva was selected by the Toronto Raptors with the seventh overall pick in the 2005 NBA draft. Despite being panned by critics as soon as his name was called in the draft, Villanueva responded with a solid rookie season. He averaged 13.0 points and 6.4 rebounds in 81 games. He finished second among rookies in points and rebounds, and third in minutes and blocked shots. He also tallied 12 double-doubles and set the Raptors' rookie records for points (48) and rebounds (18) in a game. He also appeared in the Rookie Challenge and was named to the All-NBA Rookie first team.

On June 30, 2006, Villanueva was traded to the Milwaukee Bucks in exchange for T. J. Ford.

In March 2009, Villanueva was reprimanded by Bucks coach Scott Skiles for posting a message on his Twitter account during halftime of the Bucks–Celtics game. Despite the mishap, Villanueva's 2008–09 season turned out to be a career-best season for him as he averaged 16.2 points and 6.7 rebounds per game.

On July 8, 2009, Villanueva signed a five-year, $40 million contract with the Detroit Pistons.

On January 2, 2013, Villanueva was fined $25,000 by the NBA for delivering a flagrant foul to Sacramento Kings guard Isaiah Thomas the previous night. Villanueva had been ejected from the game for elbowing Thomas as Thomas drove to the basket. The NBA league office added the fine after reviewing the play.

On September 23, 2014, Villanueva signed with the Dallas Mavericks. On February 9, 2015, he scored a season-high 26 points in a loss to the Los Angeles Clippers.

On August 6, 2015, Villanueva re-signed with the Mavericks to a one-year deal. 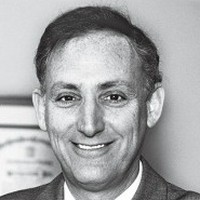 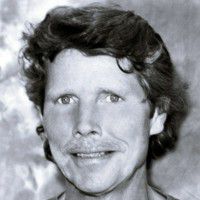 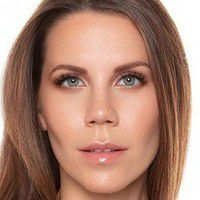