Charlie Swan (born 20 January 1968) is a former top National Hunt jockey in Ireland in the 1990s. He is associated with the great Istabraq, on whom he won three Champion Hurdles. He was twice top jockey at the Cheltenham Festival and was champion National Hunt jockey in Ireland for nine consecutive years. After retiring as a jockey he spent several years a trainer, based in Modreeny near Cloughjordan, County Tipperary.

First and only son to Donald Swan, a former British Army Captain, and his wife Teresa, Charlie was named after an ancestor who was the surgeon to the British King 'Bonnie Prince Charlie'. He rode his first winner as a fifteen-year-old, on his father’s Final Assault, in a two-year-old maiden at Naas in March 1983, and, after a successful spell as an apprentice, he later turned his attention to the National Hunt scene. He won his first Irish jockeys' championship in 1989/90 and retained the title up to and including the 1997/98 season. He was only deposed as champion Irish rider after deciding to concentrate on his training career. Swan holds the Irish records for the most winners in a season (147 in 1995/96) and the most in a calendar year.

Away from Cheltenham, numerous big-race winners have come his way, including Ebony Jane in the Irish Grand National and the Whitbread Gold Cup at Sandown Park on Ushers Island and Life Of A Lord.

Swan's first Cheltenham festival winner was Trapper John in the Stayers Hurdle in 1990. He was twice leading jockey at the Cheltenham Festival, 1993 and 1994. He will always be associated with Istabraq, who won at the festival four years in a row, but other memorable wins were Danoli's Royal & Sun Alliance Hurdle and Viking Flagship's Queen Mother Champion Chase.

He will be forever associated with the legendary gelding Istabraq on which he rode to victory 23 times over hurdles including three consecutive renewals of the Champion Hurdle (1998 to 2000), four Irish Champion Hurdles (1998–2001) and big race wins at Aintree, Leopardstown and Punchestown. He won the 1997 Royal and Sun Alliance Hurdle when sent off a 6/5 fav. Istabraq sweated up badly before the race and Charlie rode a masterful race, getting him settled at the very back of a large field, then resisting the urge to make up ground going uphill before battling to victory by a length. In 1998 it was more straightforward as Istabraq won the Champion Hurdle going right away up the hill to win by 12 lengths. He confirmed his superiority by winning again in 1999 and 2000. He was the ante post favourite for the 2001 Champion Hurdle, but the Foot and Mouth outbreak caused the 2001 festival to be abandoned. Despite just one unconvincing run and plenty of rumours about Istabraq's fitness before Cheltenham, there was still a late flood of money for the great horse in 2002. But Istabraq was never right and Charlie had to pull him up in front of the stands. Nevertheless, both horse and rider were given a tremendous ovation by the crowd.

Based in Cloughjordan, Charlie Swan took out a trainer's licence in 1998, taking over from his father, Donald Swan. He operated as both jockey and trainer for a few years until having his final ride on Aintree Grand National Day in April 2003. In the last eight seasons or so, he has managed to notch up nearly 270 winners as a trainer.

Big successes have included This Is Serious (2001 Thyestes Chase at Gowran Park and 2002 Tote Eider Chase at Newcastle), No Discount (second in the 2000 Sun Alliance Novice Hurdle at Cheltenham), Anxious Moment (2002 Powers Gold Label Handicap Hurdle at Fairyhouse and 2003 Craddockstown Novice Chase at Punchestown), Ground Ball (2005 Dan Moore Memorial Handicap Chase at Fairyhouse), What A Native (four straight victories in 2005/6 including the Porterstown Chase at Fairyhouse and the Pierse Leoaprdstown Chase). His biggest win to date came in 2007 when One Cool Cookie took the grade one Powers Gold Cup at Fairyhouse. This was followed by another big prize when Emmpat won 2 days later at the same venue. 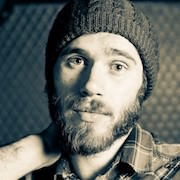