Charles "Charlie" Shrem IV (born November 25, 1989) is an American entrepreneur and bitcoin advocate. He co-founded the now-defunct startup company BitInstant, and is a founding member of the Bitcoin Foundation, formerly serving as vice chairman. In 2017, he joined Jaxx as its director of business and community development. In December 2014 he was sentenced to two years in prison for aiding and abetting the operation of an unlicensed money-transmitting business related to the Silk Road marketplace. He was released from prison around June 2016.

Shrem was born and raised in Brooklyn, New York. He is an alum of Yeshivah of Flatbush, and graduated from Brooklyn College in 2012 with a Bachelor of Science in Economics and Finance. He is of Syrian Jewish descent.

As a college senior in 2011, Shrem started investing in bitcoin. Soon after, the bitcoin service Shrem was using crashed, and he lost his bitcoins. Shrem and Gareth Nelson, a friend he met online, had similar frustrations with the length of time it took to buy and sell bitcoin on exchange sites. They started BitInstant, a more user-friendly company that charged a fee for users to purchase and make purchases with bitcoins at over 700,000 locations, providing temporary credit to speed up transactions. Initially a side project, BitInstant soon needed to grow, at which point Shrem received a $10,000 loan from his mother. Shortly thereafter, BitInstant received $125,000 from angel investor Roger Ver, and, in the fall of 2012, $1.5 million from a group of investors led by Winklevoss Capital Management. By 2013, BitInstant was processing approximately 30% of all bitcoin transactions. BitInstant operated from September 2011 until July 2013.

At the Bitcoin 2013 conference in San Jose, California, Shrem spoke about the challenges facing bitcoin companies and the need for them to comply with regulations, as well as the challenges of properly explaining the value and mainstream potential of bitcoin. He has described himself as a bitcoin purist, who believes in bitcoin as a technology that will help the world by allowing citizens to protect their money without banks and other traditional financial institutions.

Shrem is a founding board member of the Bitcoin Foundation, founded in 2012 with a mission to standardize and promote bitcoin. He was formerly vice chairman, resigning after his January 26, 2014 arrest.

Shrem is featured in The Rise and Rise of Bitcoin (pt), a documentary directed by Nicholas Mross that explores the origins and development of bitcoin. It premiered at the 2014 Tribeca Film Festival. Shrem participated in a panel discussion following the screening. He is also featured in the 2016 documentary film Banking on Bitcoin, discussing how bitcoin technology will shape lives, and in the 2015 book Digital Gold by Nathaniel Popper, which covers the rise of bitcoin.

After his release from 24-hour house arrest in May 2014, with the conditions that he must abide by a curfew, remain in New York City and wear a GPS monitoring device, Shrem spoke at bitcoin industry events, worked as a business development consultant for payments startup Payza, and advised two Brooklyn Holiday Inn hotels on preparations to accept bitcoin for payment. He was imprisoned from March 30, 2015, until his release around June 2016.

On November 22, 2016, Shrem announced a new venture, Intellisys Capital, with Shrem serving as chief technology officer, alongside co-founder and CEO Jason Granger. The startup's fund, Mainstreet Investment LP, planned to offer cryptocurrency tokens issued on the ethereum blockchain representing shares in a portfolio of companies involved in manufacturing, real estate and sanitary waste. Owners of the tokens would own a piece of the companies in the portfolio. The fund would be 30% owned by token holders, with the remaining 70% owned by Intellisys Capital. Mainstreet acquisitions was to be directed by Shrem and Granger, with dividends paid to investors over the ethereum blockchain, and invested in blockchain technology companies. The proposed fund was dissolved in March 2017.

In May 2017, Shrem joined Jaxx as its director of business and community development. The multi-platform blockchain wallet developed by Decentral enables users to control their digital assets.

While in high school, Shrem started Epiphany Design and Production, a company that fixed printers and computers. In 2009, while attending Brooklyn College, Shrem launched the start-up Daily Checkout, a daily deal website that sold refurbished used goods. Daily Checkout was acquired by BlueSwitch in 2012.

Shrem is a co-owner of Manhattan bar EVR, which opened in 2013 and, in April of that year, became the first bar in New York to accept bitcoin as a form of payment.

In 2017, Shrem became involved in the cryptocurrency Dash, proposing the creation of a debit card that could be loaded with Dash coins, which would be converted into the local currency for the cardholder to make purchases. Shrem's planned Dash debit card would be the first that could be used in the US.

On January 26, 2014, upon returning to New York from an e-commerce convention in Amsterdam, Shrem was arrested at JFK Airport. Prosecutors alleged that Shrem and Robert Faiella conspired to launder $1 million worth of bitcoins to help users of the Silk Road marketplace anonymously make illegal purchases. Shrem was also charged with failing to report suspicious banking activity and operating an unlicensed money-transmitting business.

Shrem was released on bail on January 28, 2014, on the condition that he submit to electronic monitoring and live with his parents in their Marine Park, Brooklyn home. His family posted almost $1 million in property for bail. At the Texas Bitcoin Conference on March 5, 2014, he defended himself via Skype, saying he did not knowingly handle money used for illegal transactions, and that he feels prosecutors are pursuing him out of a fear that bitcoin could shift economic power.

Shrem was indicted on April 10, 2014 on accusations of "operating an unlicensed money transmitting business, money laundering conspiracy and willfully failing to file suspicious activity reports with banking authorities." On September 4, 2014, he pleaded guilty to a reduced charge of aiding and abetting unlicensed money transmission. On December 19, 2014, he was convicted of aiding and abetting the operation of an unlicensed money transmitting business, ordered to forfeit $950,000, and sentenced to two years in prison. He surrendered himself to authorities on March 30, 2015, and subsequently entered Lewisburg Federal Prison Camp in Pennsylvania. He was released from prison around June 2016.

In 2017, Shrem and his fiancé Courtney Warner moved to Sarasota, Florida. 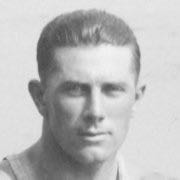 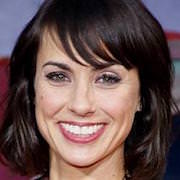