Seaver was born in Armagh and educated at Trinity College, Dublin. Murray began his ecclesiastical career with curacies in Newry, Mullaghbrack and Sandyford. He was the incumbent at St John, Belfast from 1853 to 1886. He was Archdeacon of Connor from 1886 to 1893; and Dean of Connor from 1893 until his death.

The contents of this page are sourced from Wikipedia article on 17 Apr 2020. The contents are available under the CC BY-SA 4.0 license.
comments so far.
Comments
From our partners
Sponsored
Reference sources
References
http://lisburn.com/books/lisburn_cathedral/cathedral-4.htm
https://dokumen.tips/documents/the-history-of-nelson-masonic-lodge-no-xviii-newry-1809-to-1909.html
Trending today
All Film/TV Music Politics Sports Business Science Academia 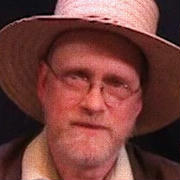