Charles Sarolea (25 October 1870 in Tongeren – 11 March 1953 in Edinburgh) was a Belgian academic and versatile publicist.

He was for a long period Professor of French at the University of Edinburgh. He wrote books on a wide range of topics on international affairs. He also edited from 1912 to 1917 Everyman, a literary magazine favourable to the doctrine of distributism.

In 1915, he was sent by the Belgian government to the USA in order to support the veracity of atrocity stories in circulation about the German occupation of Belgium. The mission was not a success, in that Sarolea unwisely and publicly attacked the neutrality that the US was observing at the time with respect to World War I. Recent academic interest has been on his political views. 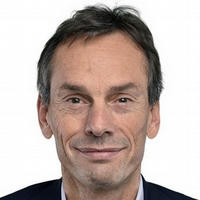