O'Conor was born in New York City, the son of Thomas O'Conor (1770–1855), a cadet member of the Catholic Gaelic-Irish aristocratic O'Conor Don family, who after the failed 1798 Rebellion as a sworn in member (sworn in personally by Wolf Tone of the United Irishmen) in 1801 fled from County Roscommon, Ireland, to New York, where he devoted himself chiefly to journalism. Charles was the great grandson of Charles O'Conor (historian) of Balanagare.

At the age of 16, Charles O'Conor began to study law, and in 1824, before he had attained the statutory age of 21, he was admitted to the bar, and soon won high reputation in his profession.

He brought the Forrest divorce case to a successful issue for his client, Mrs. Forrest. Contending against John Van Buren and other eminent counsel, he secured her a liberal alimony. This case brought him more than ever into national reputation. Two silver vases were presented to him in its commemoration: one was the gift of thirty women of New York, the other was presented by sixty members of the bar. These he bequeathed to the New York Law Institute, and they are now preserved in the library of the Institute. In the same library are preserved the bound records of his cases and opinions—a unique collection that was made by himself, and also bequeathed in his will to the Institute. These fill over 100 volumes.

He took a prominent part in the prosecution of Boss Tweed and members of the "Tweed Ring". This proceeding began in 1871, and eventually destroyed the Tweed Ring that was then at the height of its power in New York City. In the original cases he was associated with William M. Evarts, James Emott, and Wheeler H. Peckham. These suits were brought in the attorney general's office, a special branch of which was established for the purpose, and named by him the Bureau of Municipal Correction. In 1875 the court of appeals decided that the cases should have been brought by the city. O'Conor immediately drafted the Civil Remedies Act, which was enacted at the next session of the legislature, and under which new suits were at once begun. Disheartened with the issue of the first cases, O'Conor published an account of them, entitled Peculation Triumphant, being the Record of a Five Years' Campaign against Official Malversation, A.D. 1871-1875 (New York, 1875). He declined any compensation for his services in the Tweed cases.

In 1848 he became a member of the Directory of the Friends of Ireland, a society that was organized in anticipation of a rising in Ireland, and he presided at some of the meetings in the same year. In this year he was also a candidate on the Democratic ticket for Lieutenant Governor of New York, but was defeated, although he received several thousand more votes than the other candidates of his party.

In 1852, he was a presidential elector on the Democratic ticket, voting for Franklin Pierce. He was United States Attorney for the Southern District of New York from 1853 to 1854. In politics he supported the States' rights Democrats and sympathized throughout the American Civil War with the Southern states. After the war he became senior counsel for Jefferson Davis on his indictment for treason. He also appeared upon Davis's bond when the latter was admitted to bail. These facts and O'Conor's connection with the Roman Catholic Church affected unfavourably his political fortunes.

In the 1872 U.S. presidential election, O'Conor was nominated for the presidency by the "Bourbon Democrats" or "Straight-Out Democrats", who refused to support Horace Greeley, and by the "Labor Reformers". He declined the nomination but received 21,559 votes. The election was won by incumbent President Ulysses S. Grant of the Republican Party.

In the electoral contest of 1876, he appeared as advocate for the claims of Samuel J. Tilden before the Electoral Commission.

He erected a house at Nantucket, Massachusetts, in 1881, with a fire-proof library adjoining it, and lived there until his death in 1884; he is entombed in St. Patrick's Old Cathedral, New York. 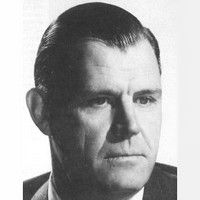 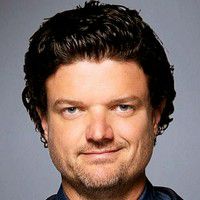