Raised in Scarsdale, New York, Newirth received a BA in Photography and Cinema from Ohio State University. He broke into the film industry as a location manager on such films as Flashdance (1983), Pretty in Pink (1986) and Ferris Bueller's Day Off (1986). He later moved up to production manager on Throw Momma from the Train (1987) and RoboCop (1987) before getting his first producing credit as an associate producer on Andrew Davis' The Package (1989). 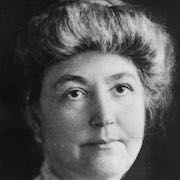