Charles McCarry (born in 1930, in Massachusetts, USA) is an American writer, primarily of spy fiction.

His family is from The Berkshires area of western Massachusetts, where he currently lives.

McCarry served in the United States Army, where he was a correspondent for Stars and Stripes, and he has been a small-town newspaperman.

As an editor and writer

McCarry was editor-at-large for National Geographic and has contributed pieces to The New York Times, The Wall Street Journal, The Washington Post, and other national publications. His novels are currently published by Overlook Press, starting with Tears of Autumn (2005). Charles N. Brown, the publisher of Locus, which primarily addresses the science-fiction publishing world, wrote in the July 2006 issue: "Two Charles McCarry hardcover reprints from Overlook... aren't really SF or fantasy, but they are two of the best spy thrillers ever written and form a secret or alternate history of the 20th century."

McCarry is best known for a series of books concerning the life of super spy Paul Christopher, notable for their historical detail and depiction of spycraft, as well as their careful and extensive examination of Christopher's relationship with his family, friends, wives, and lovers. Born in Germany before World War II, to a German mother and an American father, Christopher joins the CIA after serving as a First lieutenant in the U.S. Marine Corps. In the war Christopher fought in The Battle of Okinawa, where he received the Silver Star and the Purple Heart. He becomes one of the agency's most effective spies. After launching an unauthorized investigation of the Kennedy assassination, Christopher becomes a pariah to the agency and a hunted man. Eventually, he spends 10 years in a Chinese prison before being released and embarking on a solution to the mystery that has haunted him his entire life: the fate of his mother, who disappeared at the beginning of World War II.

Also notable are two books dealing with Paul Christopher's American cousins, Horace and Julian Hubbard: The Better Angels and Shelley's Heart. These novels tell the story of a U.S. President who approves the assassination of the leader of an oil-rich Arab nation who has acquired nuclear arms and intends to pass them onto a terrorist organization. When news of this threatens to ruin the President's chances for re-election, the Hubbards conspire to steal the election. In Shelley's Heart, the conspiracy is revealed, and the newly re-elected President is impeached and placed on trial in the Senate. Both books indicate McCarry's extensive knowledge of Washington politics.

McCarry's most unusual book in the series, also concerning the Christopher family, is Bride of the Wilderness. Set in the 17th century, it's an historical romance concerning one of Paul Christopher's ancestors, the English-born Fanny Harding. After her father's death, Fanny travels to America, is abducted by Indians during the French-Indian Wars, and eventually marries one of her captors, a French officer named Philippe de Saint-Christophe (i.e., Christopher).

McCarry has also written several standalone novels. The most recent of these is The Shanghai Factor (2013). Publishers Weekly says: "Meticulous, intelligent prose is the real star of this excellent espionage thriller". McCarry "focuses more on the psychological challenges faced by street-level agents and those running the operations than on physical action".

Adaptations in other media

The film Wrong is Right (1982), starring Sean Connery, was loosely based on McCarry's novel, The Better Angels (1979).

McCarry is an admirer of the work of W. Somerset Maugham, especially the Ashenden stories. He was also an admirer of Richard Condon, author of The Manchurian Candidate (1959), Prizzi's Honor (1982), and numerous other novels. 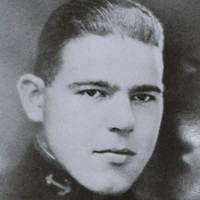 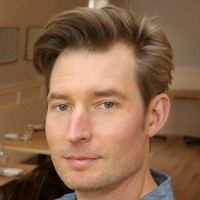 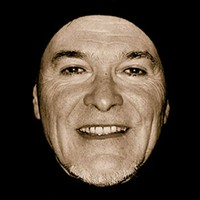