Charles Matthew Fernando (1866 - ??) was a Ceylonese lawyer. He was the first Ceylonese Crown Counsel.

He was educated at St Benedicts Academy (later known as St Benedict's College Colombo) and at the Royal College, Colombo, where he won the Turnour Prize, Shakespeare Prize Junior Cambridge Scholarship. Taking his matriculation, he was the first Ceylonese student to pass the Intermediate in Arts of the University of London. He attended St John's College, Cambridge where he completed law tripos in 1886 gaining a BA and LLB degrees, he was called to the bar as a barrister from the Lincoln's Inn in 1888.

On his return to Ceylon in 1889, he was enrolled as an Advocate and started his legal practice. In 1897, he was appointed acting District Judge of Kurunagala and thereafter moved to Kandy as Crown Advocate. In 1901, he was appointed Acting Crown Counsel, Colombo and was confirmed in 1903. He led the prosecution in the many of the major criminal cases including the Attygalle murder case. He served as the Senior Crown Counsel and Assistant Attorney General of Ceylon. He was one of the founders of the Ceylon Law Students Union.

He married Jane Maria Caroline, third daughter of Charles Henry de Soysa and Lady de Soysa in 1901. They had a daughter and a son, Chevalier C.H.Z. Fernando, the pioneer labour unionist Councillor who was responsible for submitting a motion in the Legislative Council of Ceylon to abolish the Poll Tax in 1922 and co-founded the Young Lanka League (1915) and the Ceylon Labour Party, being the only Ceylonese to have met Lenin, His wife and daughter Christobel, were notably the only two among the urbanised elite to be in saree for their portrait in the Twentieth Century Impressions of Ceylon by Arnold Wright. C. M. Fernando's writings are some of the oldest written accounts on the subject of Ceylonese dance music forms such as baila.

The contents of this page are sourced from Wikipedia article on 17 Apr 2020. The contents are available under the CC BY-SA 4.0 license.
comments so far.
Comments
From our partners
Sponsored
Reference sources
References
https://books.google.com/books?id=eUF_rS8FEoIC&pg=PA549&lpg=PA549&dq=Hilarian+Marcus&source=bl&ots=IidIhRbYne&sig=ZIj-zpEwDQhfnRRg46YDDxZjt3Y&hl=en&ei=NkhiTtPNDIHF8QPPof2dCg&sa=X&oi=book_result&ct=result&resnum=3&sqi=2&ved=0CCQQ6AEwAg#v=onepage&q&f=false
http://www.sundaytimes.lk/970817/plus5.html
http://www.sundaytimes.lk/140209/sunday-times-2/how-kotelawala-snr-got-young-brother-in-law-killed-84856.html
http://www.dailymirror.lk/101537/who-s-who-of-sri-lanka-the-lives-and-times-of-forty-eight-personalities
http://eresources.nlb.gov.sg/newspapers/Digitised/Article/straitstimes19291113-1.2.40.aspx
http://www.island.lk/index.php?page_cat=article-details&page=article-details&code_title=24263
http://www.worldgenweb.org/lkawgw/ephraums4.html
http://www.sundaytimes.lk/060416/plus/1.html 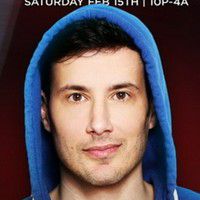