Born in Troy NY, Hidley lost his father during boyhood and was relocated by his mother to NYC in the 1930s. Young Charlie shortened his nickname to "Li" in these years, and was known by that moniker for the rest of his life. He developed a passion for writing science fiction, some of which was published by a science fiction writers' organization when he was a teen.

During World War II he served as an Army Staff Sergeant, stationed in Panama from 1942-45. With the GI Bill he studied at the Art Students League from 1947–49, in Mexico City's Escuela de Pintura y Escultura from 1949–50, at the Brooklyn Museum School of Art, and again at the Art Students League from 1957-60. He worked as a librarian at Cooper Union and as a security guard at the Metropolitan Museum of Art. He was an avid reader of Jungian thought and mythology, themes that are prominent in his paintings.

He relocated to Harrisburg in 1966. In 1971 he had a solo exhibition at the State Museum of PA (then the William Penn Museum). He showed in exhibitions at the Pennsylvania Academy of Fine Arts, Cooper Union, the Brooklyn Museum of Art, and elsewhere. At the Art Association of Harrisburg he was an instructor beginning in 1979 and eventually became curator. He died at age 82.

In 2015, a work of Hidley's was included at the State Museum of PA in a governor's inaugural exhibition of 55 notable artists over 250 years of PA history, including Eakins, Wyeth, and Warhol. That year, Hidley was given a solo exhibition also at the Art Association of Harrisburg.

The contents of this page are sourced from Wikipedia article on 17 May 2020. The contents are available under the CC BY-SA 4.0 license.
comments so far.
Comments
From our partners
Sponsored
Reference sources
References
https://web.archive.org/web/20131210145433/http://surrealismin2012.org/Surrealism_2012_catalog.pdf
http://www.artassocofhbg.com
http://www.statemuseumpa.org
http://www.askart.com
http://surrealismin2012.org/Surrealism_2012_catalog.pdf
http://www.lihidley.blogspot.com
http://www.artassocofhbg.com/hidley.html
Trending today in 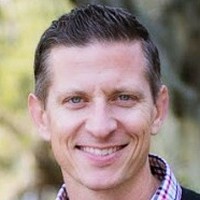