Among his most well-known achievements in the area of computer science was the introduction of Reverse Polish Notation and the use in 1957 of a push-down pop-up stack. This preceded the work of Friedrich Ludwig Bauer and Klaus Samelson on use of a push-pop stack. The stack had been invented by Alan Turing in 1946 when he introduced such a stack in his design of the ACE computer. Hamblin's most well-known contribution to philosophy is his book Fallacies, a standard work in the area of the false conclusions in logic.

Hamblin attended North Sydney Boys High School and Geelong Grammar. Interrupted by the Second World War and radar service in the Australian Air Force, Hamblin's studies included Arts (Philosophy and Mathematics), Science (Physics), and an MA in Philosophy (First Class Honours) at the University of Melbourne. He obtained a doctorate in 1957 at the London School of Economics on the topic Language and the Theory of Information, apparently under Karl Popper, critiquing Claude Shannon's information theory from a semantic perspective. From 1955, he was lecturer at N.S.W. University of Technology, and later professor of philosophy at the same place, until his death in 1985, during which time the organization had been renamed The University of New South Wales.

In the second half of the 1950s, Hamblin worked with the third computer available in Australia, a DEUCE computer manufactured by the English Electric Company. For the DEUCE, he designed one of the first programming languages, later called GEORGE, which was based on Reverse Polish Notation. His associated compiler (language translator) translated the programs formulated in GEORGE into the machine language of the computer in 1957.

Hamblin's work is considered to be the first to use Reverse Polish Notation, and this is why he is called an inventor of this representation method. Regardless of whether Hamblin independently invented the notation and its usage, he showed the merit, service, and advantage of the Reverse Polish way of writing programs for the processing on programmable computers and algorithms to make it happen.

The second direct result of his work with the development of compilers was the concept of the push-pop stack (previously invented by Alan M. Turing for the ACE in 1945), which Hamblin developed independently of Friedrich Ludwig Bauer and Klaus Samelson. In the same year, 1957, Hamblin presented his stack concept at the first Australian Computer Conference. The compiler was running before that conference. Hamblin's work influenced the development of stack-based computers, their machine instructions, their arguments on a stack, and reference addresses. The design was taken up by English Electric in their KDF9 computer, delivered in 1963.

In the 1960s, Hamblin again increasingly turned to philosophical questions. He wrote an influential introductory book on formal logic which is today a standard work on fallacies. It focused upon the treatment of false conclusions by traditional logic and brought into that treatment formal dialectic and developed it further. As such, Hamblin is considered as one of the founders of the modern informal logic.

Hamblin contributed to the development of modern temporal logic in two ways. In its very early period he corresponded with Arthur Prior between 1958 and 1965; this collaboration culminated with the so-called Hamblin implications. Later in 1972 Hamblin independently rediscovered a form of duration calculus (interval logic), without being aware of the 1947 work of A. G. Walker on this topic, who was not interested in the tense aspect. Hamblin's duration calculus is very similar to that later developed by James Allen and Patrick J. Hayes in the mid 1980s.

Hamblin was familiar with ancient Greek and several Asian and Pacific languages and in 1984 published a polyglot phrasebook on 25 of the latter, including "Burmese, Korean, Japanese, Fijian and Tahitian". A classical music lover who played the piano, Hamblin was setting words of Wittgenstein to music while hospitalized with an affliction that proved fatal.

He was married to Rita Hamblin. They had two daughters, Fiona Katherine and Julie Claire. 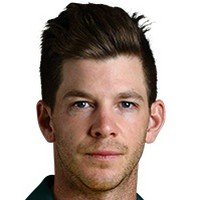 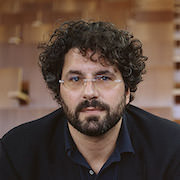 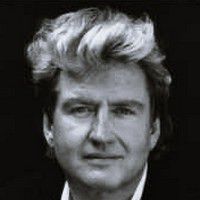