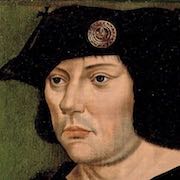 He married in 1541 Louise de Lorraine (1521–1542), daughter of Claude, Duke of Guise and Antoinette de Bourbon, and younger sister of Mary of Guise, who was married to King James V of Scotland. Mary, Queen of Scots was his niece. After the early death of Louise, he married Antoinette of Burgundy (1529–1588) in 1549. Antoinette was the sister of Maximilian II of Burgundy, who was married to Charles' sister, Louise de Croÿ (1524–1585).

Charles de Croÿ was murdered in 1551 in Quiévrain. Because he had no children, all his titles and possessions went to his younger brother Philippe III de Croÿ. His widow later married Jacques d’Anneux, Seigneur d‘Aubencourt.

The contents of this page are sourced from Wikipedia article on 06 Oct 2019. The contents are available under the CC BY-SA 4.0 license.
comments so far.
Comments
Reference sources
References
http://genealogy.euweb.cz/croy/croy1.html
http://genroy.free.fr/croy.html
Trending today in 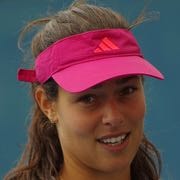