Ferris was born at "The Homestead" in Throggs Neck, a neighborhood in the Bronx in New York City. His father, Edward Ferris, was long an Inspector of Flour in New York and one of the founders of the Tammany Society who made a large fortune, which he left to his children, including Charles and his brother, Floyd T. Ferris, a physician. His mother was Elizabeth Goadsby (d. 1825), daughter of Sir Thomas Goadsby of England. His sister, Caroline Adelia Ferris, was married to Captain John W. Richardson.

He received a limited education and then studied law. In 1816, he received a Master of Arts degree from Columbia University.

After being admitted to the bar, practiced in New York City. He served as member of the New York City Board of Aldermen in 1832 and 1833.

Ferris was elected as a Jacksonian to the Twenty-third Congress to fill the vacancy caused by the resignation of Dudley Selden and served from December 1, 1834, to March 4, 1835. Reportedly, Ferris introduced Napoleon III to Tyler during Napoleon's tour of New York in 1837.

Ferris was elected as a Democrat to the Twenty-seventh Congress serving from March 4, 1841 until March 4, 1843. He was largely instrumental in securing an appropriation through Congress to build the first telegraph line.

After he left Congress, he was appointed as Collector of the Port of New York by President John Tyler but his nomination was rejected by the U.S. Senate and Cornelius P. Van Ness served instead. In 1845, he was reportedly worth $200,000.

Ferris was married to Catherine Youngs. Together, they were the parents of one daughter, named after his only sister: 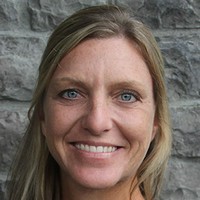